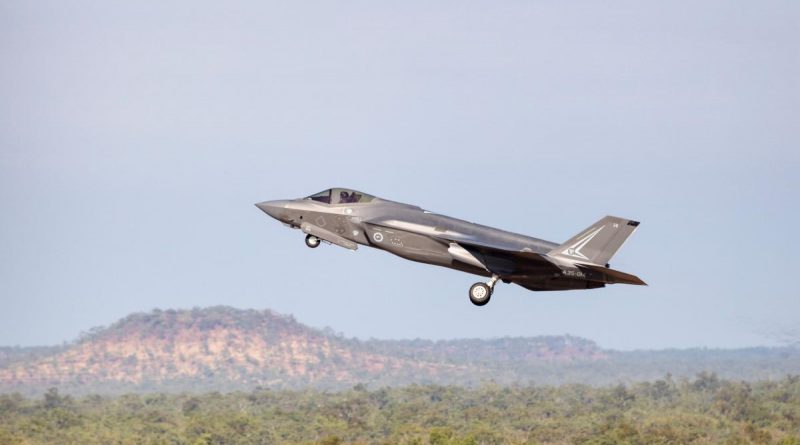 The ‘enemy’ enjoyed an advantage on Exercise Diamond Storm 22, with No. 75 Squadron flying F-35A Lightning II aircraft from RAAF Base Tindal in an adversary role.

This was the first time No. 75 Squadron had flown the F-35A in a major exercise, and the crews had the job of providing air warfare instructor course (AWIC) candidates with a highly advanced threat to overcome.

Commanding Officer of No. 75 Squadron, Wing Commander Martin Parker, said F-35A pilots could present a “medium to very hard” threat for the exercise.

“We can scale our capability to meet the training outcomes of each mission at Diamond Storm,” Wing Commander Parker said.

“The role we’re providing is conceptually the same as what we previously delivered with the Classic Hornet, but a generational step in difficulty.”

No. 75 Squadron wasn’t alone in flying the F-35A, with fighter combat instructor (FCI) candidates and other Blue Force, or friendly elements, from RAAF Base Darwin also flying the fighter.

Just as the F-35As stealth characteristics and advanced sensors made it a capable platform for Blue Force, they also made it a credible adversary. The aircraft’s speed and flying range – especially with RAAF Base Tindal located adjacent to the exercise airspace – worked to No. 75 Squadron’s advantage.

The F-35A wasn’t the only adversary. They were supported by Hawk 127s and contracted Learjets flying from RAAF Base Tindal, and selected Growlers and Super Hornets from RAAF Base Darwin.

“When combined with some of our other Defence capabilities, we can be described as being aggressively obnoxious with the F-35A,” Wing Commander Parker said.

“We can replicate the most advanced adversary platforms and weapons in the world.

“That is why the United Air Force recently re-established the 65th Aggressor Squadron at Nellis Air Force Base in Nevada as an F-35A squadron.”

No. 75 Squadron received its first F-35A in December 2021, making it the second time the unit had introduced a new fighter to service at RAAF Base Tindal.

“To get ready for Exercise Diamond Storm 22, we trained five pilots from the Classic Hornet onto the F-35A,” Wing Commander Parker said.

“We needed to ready them for large-force employment in the new jet. We needed to teach them how to employ adversary tactics from an F-35A.”

Some No.75 Squadron pilots also flew in support of Blue Force on force-generation missions on Exercise Diamond Storm 22.

“We need repetition for our junior F-35A pilots to build their experience, and they’re getting that by flying Blue and Red air missions alike,” Wing Commander Parker said.

“No. 75 Squadron is on track to achieve a credible operating capability by the end of 2022.” 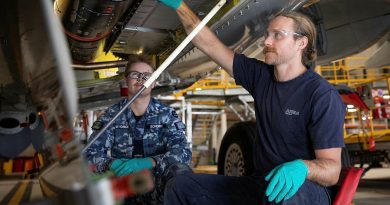