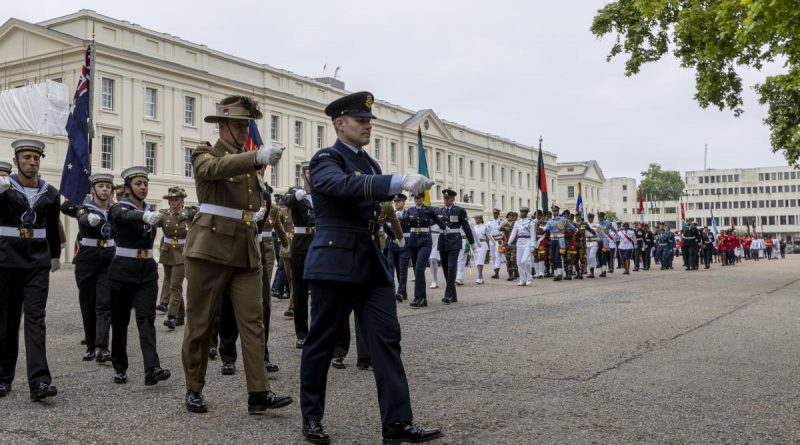 In a grand display of pomp and ceremony worthy of a historical occasion, Australia’s Federation Guard led the Commonwealth nations in the Platinum Jubilee pageant in London.

Celebrating the Queen’s 70th year as monarch, more than 1700 military personnel from 22 countries, including Great Britain, Canada and New Zealand, have marched through the streets of London culminating in a salute to the royal family outside Buckingham Palace.

In addition, the parade included more than 200 mounted military personnel and nearly 8000 members of the community from Great Britain and abroad.

For the 41 members of the Australian Defence Force contingent from the Federation Guard, contributing to the event was a once in a lifetime opportunity.

Officer Commanding the Australian Federation Guard Squadron Leader Mitchell Brown said it was an experience he will never forget.

“For many of the team this will be an event they will talk about with their families for a long time,” he said.

The Australian team contributed to the pageant that extended over more than three kilometres around London, from Wellington Barracks around James Park then straight along the Mall to Buckingham Palace. Tens of thousands lined the parade route and there were many cheers of ‘Aussie Aussie Aussie’ as the Australian contingent marched by.

In the days leading up to the pageant, members of the Federation Guard conducted early morning training in the streets of London. Practising in the early hours to beat traffic problems and meet rehearsal requirements.

“The team met all the early start and long night challenges without any issues, I am very proud of their performance and professionalism that was on display for the event,” Squadron Leader Brown said.

Australia also provided a member of each service to the Queen’s Service of Thanksgiving at Saint Paul’s Cathedral and attended a reception at the Australian High Commission. 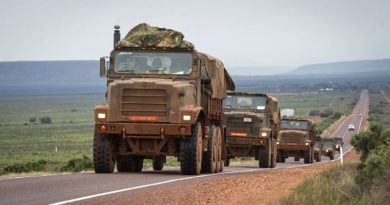