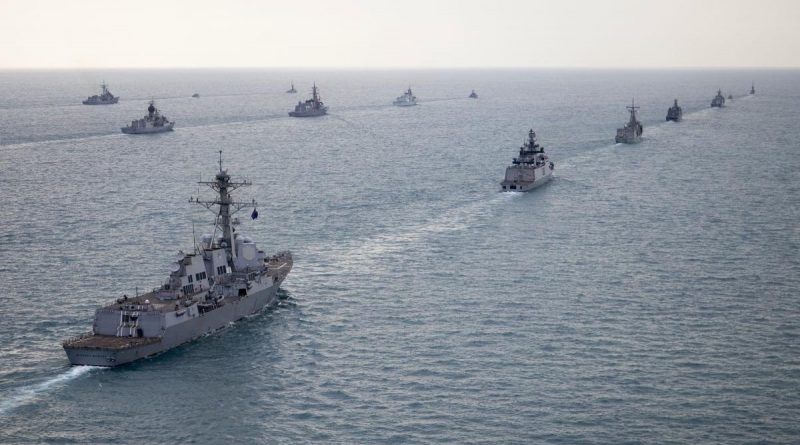 This year’s Exercise Kakadu is expected to be the largest international maritime engagement activity hosted by the Royal Australian Navy in its history.

CAPTION: Ships from various nations sail in formation during Exercise Kakadu 2018. This year’s iteration is expected to be the largest international maritime engagement activity hosted by the Navy in its history. Story by Lieutenant Nancy Cotton. Photo by Petty Officer James Whittle.

Exercise Kakadu has grown significantly since it began in 1993 with the involvement of four navies, 15 ships and submarines, and 2000 personnel.

The depth and history of the exercise was explored during the Sea Power 2022 conference in Sydney this week.

“Exercise Kakadu was being conceptualised in the early Nineties, when geopolitics and natural disasters presented complex challenges, as they continue to do today,” Commodore Willis said.

“Kakadu was conceptualised in the spirit of constructive diplomacy, with a genuine need for developing naval forces capable of cooperating and responding to our respective national needs.”

When it began, Exercise Kakadu highlighted a change in the Navy’s focus as it was the first time an exercise sought to develop regional interoperability and cooperation, instead of a posture, in defence of Australia.

Keynote speakers from the Royal Malaysian Navy and the Royal Thai Navy echoed this sentiment and reflected on their respective country’s involvement across many years of Exercise Kakadu.

Deputy Director, Policy and Strategy Division at the Naval Operations Department, Royal Thai Navy Captain Chalermwut Boonchan, said how valuable the exercise was for his nation.

“Kakadu has paved the way for us, as a Navy, for our growth, capability and our partnerships,” Captain Boonchan said.

“It enables us to operate at a high level of readiness.

“The training and knowledge gained from Kakadu provides lessons we can incorporate into our exercises, such as Cobra Gold.”

“Our participation in Kakadu provides a unity of purpose and provides a strong message of deterrence to non-traditional threats,” Captain Mario said.

Exercise Kakadu is one of Australia’s premier bilateral and multilateral engagement activities and provides greater and more effective military cooperation in the region.

Exercise Kakadu was described as an exemplar of “commonality of purpose”, which was the theme of the Sea Power 2022 conference. 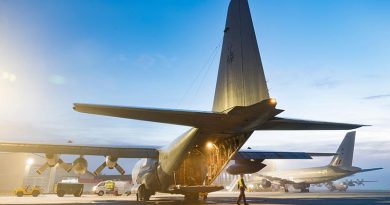