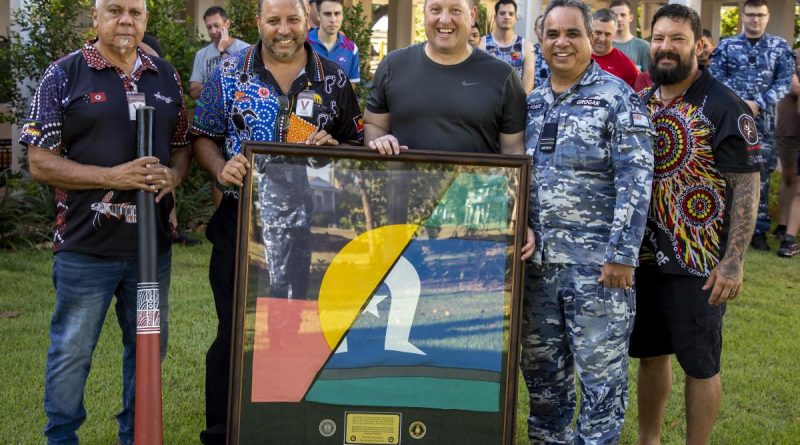 RAAF Base Darwin’s No.13 Squadron (City of Darwin) marked the start of National Reconciliation Week 2022 with the Larrakia People by sharing a cuppa and having a yarn.

A Larrakia Nation Welcome to Country was followed with a smoking ceremony and didgeridoo performance.

Commanding Officer of No.13 Squadron Wing Commander Jim Collisson, presented Larrakia Nation Elders with a gift of appreciation for their support.

“RAAF Base Darwin and the Larrakia People have developed a strong relationship in recent times, built on trust, friendship and sharing,” Wing Commander Collisson said.

“The Air Force and Larrakia Nation use opportunities like National Reconciliation Week to grow our relationship and join our communities in engagement.

“We sit down, have a cuppa, chat and share stories to learn about each other – it’s okay to ask each other about who we are, where we come from, and what we share in common.” Mr James Parfitt, a proud Larrakia Nation man, said his father was an enlisted man who served in the military for 12 years and is proud to call him a Vietnam veteran.

“The Larrakia people come from a culture of caring and sharing,” said Mr Parfitt.

“We know that it takes people with professionalism, exceptional skills, strength, heart and dedication to deal with such an important job of protecting our land, and for this we thank all veterans and current serving members for their service.”

“Regardless of reason, it is always an honour to share Larrakia culture with fellow Air Force members, US Marines and other visitors to our Base,” Flight Lieutenant Grogan said. 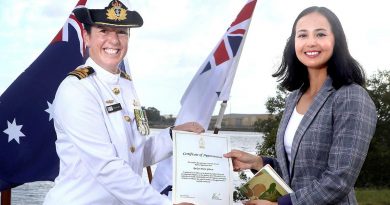 Giving back to Australia and the world 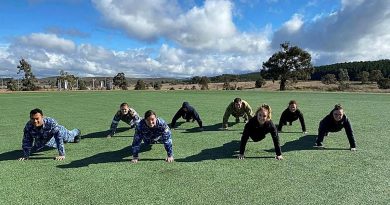 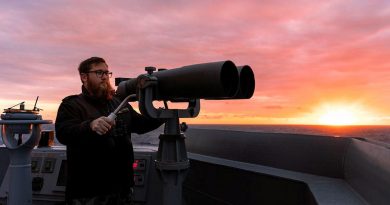