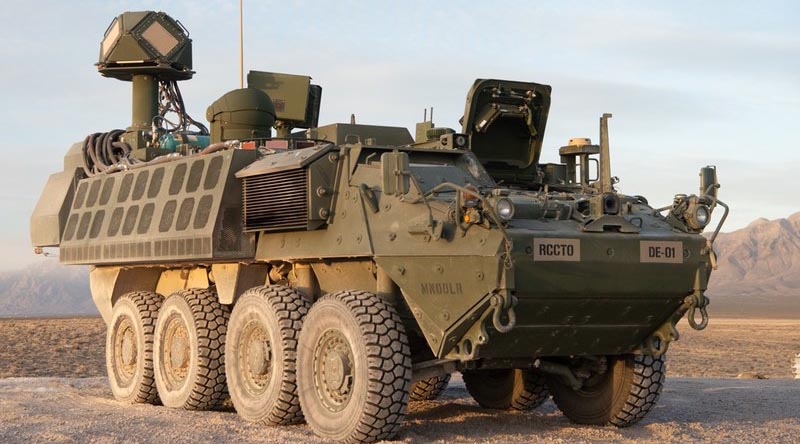 CAPTION: A 50 kilowatt-class laser mounted on a US Army Stryker vehicle during a live-fire exercise at White Sands Missile Range, New Mexico. Photo courtesy US Army.

President of Electronic Warfare Systems for Raytheon Intelligence & Space Annabel Flores said soldiers in the field faced increasingly complex threats, and [the] combat-proven sensors, software and lasers were ready to give them a new level of protection.

“The Army gave us our toughest challenge yet — countering rockets, artillery and mortars — and we took an essential step on the path to providing the maneuverable, short-range air defence that soldiers need,” she said.

President of KBR Government Solutions Byron Bright said the team once again showed that the HEL system was fully-integrated and ready to provide protection against complex threats.

“With an effectively infinite magazine and near-zero cost per shot, HEL is now the proven answer to asymmetric threats like drones and mortars,” Mr Bright said.

RI&S’ high energy laser weapon systems works on land, in the air and at sea, providing 360-degree coverage that can protect bases, airports, stadiums and other high-value military or civilian assets.

Open architecture, scalable power, and ruggedised design adapts to the demands of the mission.

HEL weapons can be used as standalone systems or rapidly installed on a variety of platforms. 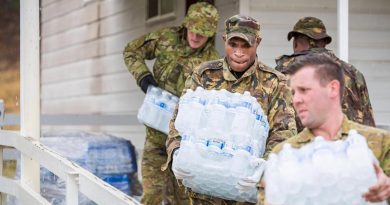 Task Group Dingo happy to help any way they can 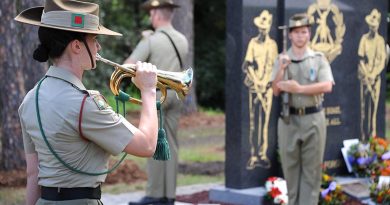 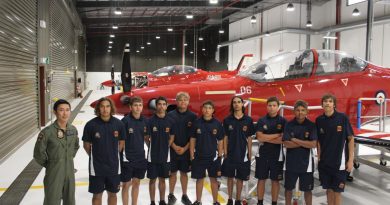 Students’ flying visit to base a real buzz