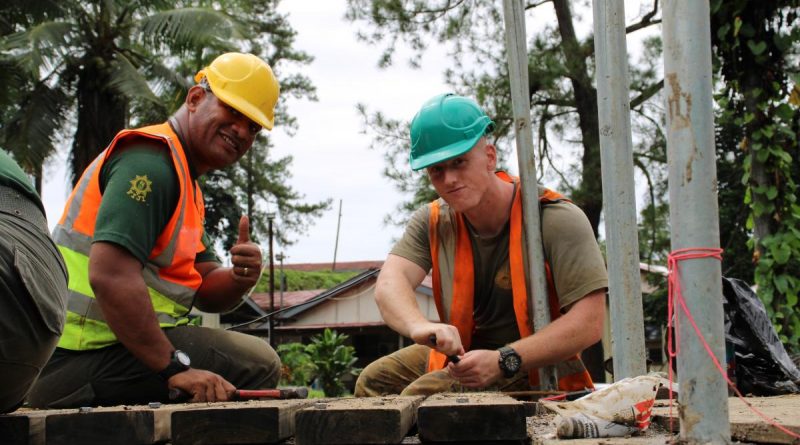 After seven weeks working side by side, the Australian Exercise Coral Sapper engineer contingent waved goodbye to their Fijian counterparts at Nadi International Airport in Fiji.

The eight Army engineers from 2nd Combat Engineer Regiment worked with the RFMF to upgrade a local base route and develop their construction skills during Exercise Coral Sapper. Together, the Australian and Fijian engineering contingents built a 26m foot bridge at the Nabuni Camp, Queen Elizabeth Barracks in Suva.

Contingent Commander Captain Osgar Murphy was proud of the contingent’s teamwork, the Fijians having welcomed them with open arms.

“The exercise was an excellent experience for everyone involved; it’s been very beneficial for Australians to learn from the RFMF’s experience and skills,” Captain Murphy said.

“Our team has had the opportunity to develop techniques and skills that aren’t frequently trained in Australia.

“We have learnt a lot and but we have also had a great experience working alongside our counterparts – a lot of friendship and laughter that was enjoyed by all. My personal highlight was learning more about the culture of Fiji and what it means to be Fijian.”

New friendships were forged and old ones revisited.

“It was excellent to catch up with a previous classmate from initial engineer training in Australia. The exercise gave us an opportunity to reconnect and grow our friendship further,” Captain Murphy said.

‘We came out here early in the morning to farewell these guys because of how special they are to us,” WO1 Kanarodo said.

Saying goodbye is never easy, especially when it’s to your new friends from the RFMF and their picturesque country. However, the teams are sure to work together again as partner nations, operating under Vuvale (the Fijian word for family) meaning ‘my home is your home’.

This sentiment was evident in RFMF’s support cleaning debris from our communities during Operation Flood Assist 22.

Combined training exercises such as Exercise Coral Soldier are a part of a series of exercises with the RFMF conducted under the Fiji-Australia Vuvale partnership.

As members of the pacific family, the Fijians and Australians have joined to build, not just a footbridge, but a stronger friendship and secure future. 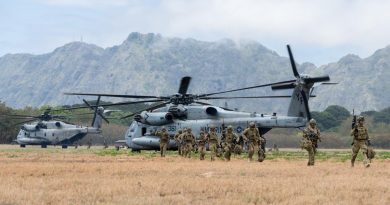 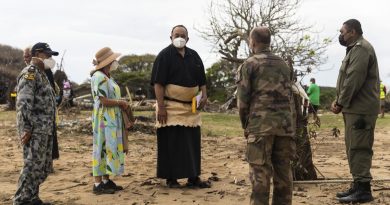