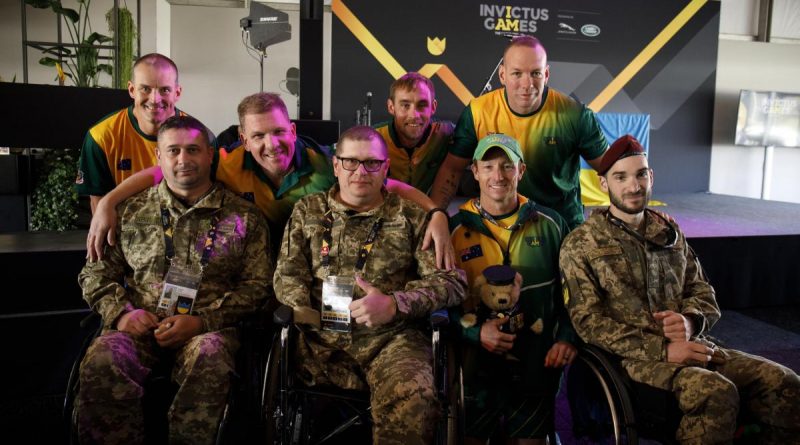 The moving cries of ‘Slava Ukraini’ and ‘Heroiam Slava’ have echoed around Zuiderpark, the home of Invictus Games The Hague 2020, over the past week.

The stirring exclamations, which translate to ‘Glory to the Ukraine’ and ‘Glory to the Heroes’, have been taken up by competitors, family and friends from all participating nations, as well as visitors from all four corners of the globe, in a resounding show of solidarity for the brave competitors from this war-torn nation who have left the conflict for a week to attend this international, adaptive multi-sport competition.

Support and respect for the Ukrainian competitors at these games has been extremely high. The knowledge that several team members, including the Team Ukraine archery coach, were killed during front line action before the start of the games has highlighted the brutal realities of war and made the team’s attendance at this event all the more poignant.

Peter William Brown, who is representing Team Australia in athletics, indoor rowing, powerlifting and swimming, said Ukraine’s presence had given him lots to think about.

“It’s an absolute privilege and honour to be alongside and represent our country next to them,” William Brown said.

“Hearing their stories just brings home that right now we’re here – 20 countries, 500 plus people – enjoying these competitions while, only a few countries away, there’s a war going on.

“The fact they’ve sacrificed their family, their friends to come here to compete just puts everything much more into perspective. This is more than just a games for the Ukrainians. It’s a lot more than just winning medals. It’s a matter of life and death.”

The Ukrainian team’s emotions have been visible on many occasions, none more so than when they received a standing ovation and tribute from the Duke of Sussex at the game’s opening ceremony.

“You know, we stand with you. The world is united with you. And still you deserve more. And my hope is that these events, this event, creates the opportunity…of how we, as a global community, can better show up for you,” the Duke of Sussex said. In recognition of the goodwill shown to the Ukranian competitors and their family and friends, Team Ukraine hosted a reception for the other participating nations this morning to express their gratitude.

The event included a few moments of silence to remember the team’s fallen brothers and sisters, as well as the presentation of a commemorative coin, made from Russian weapons, to representatives from the Invictus Games Organising Committee and Invictus Games Foundation.

Team manager, Oksana Horbach, confirmed the team’s hearts had been warmed by the welcome they had received from all at the Invictus Games.

“The warmth, the kindness, the attention and the respect we have received from Invictus Games nations has been unprecedented for us as a country which has come from a war zone, but for this community, this is a very natural thing to do. Thank you very much for all that you do for us.”

In acknowledgement of the games’ ethos of overcoming adversity, Ukraine also made a pledge at the reception affirming the country’s commitment to the Invictus spirit. To the applause of all attendees, the nation extended an invitation to participating Invictus countries to one day visit Ukraine, “a country of indestructible, unconquerable people”, when it hopes to one day host its own Invictus Games. 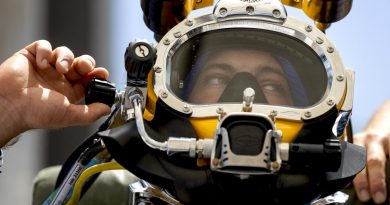 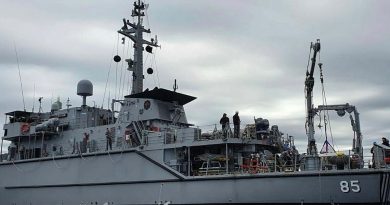