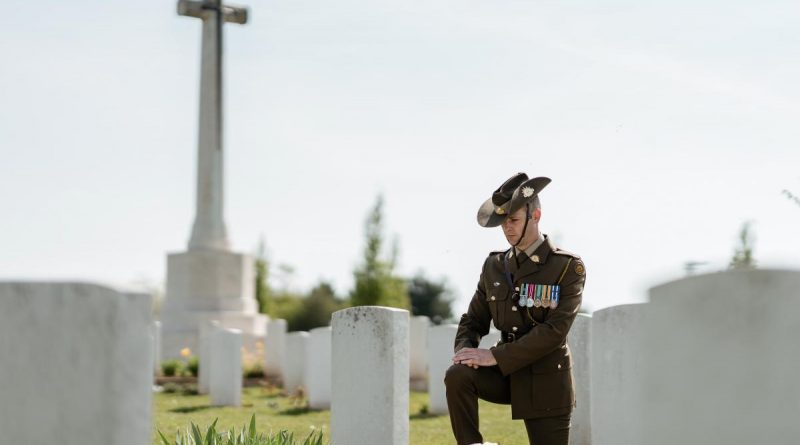 In a quiet moment among rehearsals, Australia’s Federation Guard Major officer commanding Christopher Pitman paid his respects to his great grandfather, Private George Taylor, No. 2434, and his mates.

Private Taylor enlisted in Castlemaine on July 10, 1915, as part of the 5th Reinforcements, 22nd Battalion, Australian Imperial Forces. He served throughout various locations predominantly across the Western Front up until his medical discharge August 6, 1916.

“My great grandfather was one of the lucky ones who survived World War I, although I’m not sure he would have felt lucky due to his significant injuries,” Major Pitman said.

Over the past two days, Australia’s Federation Guard along with Royal Australian Navy Band musicians visited a number of WWI battlefields and cemeteries in the lead up to Anzac Day.

“As a serving officer and veteran myself, I know the cost of war, but physically being here and walking these battlefields I’m in awe of what our ancestors accomplished.”

More than 156,000 Australian soldiers returned home, many with significant injuries by what they had experienced during the war.

“This experience has made me reflect on what my great grandfather experienced and the lasting impact of war.” 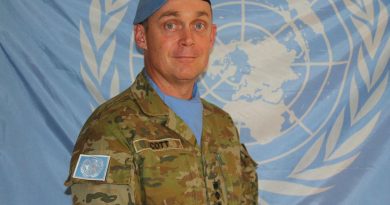 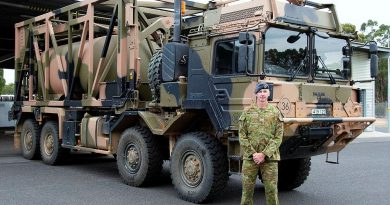 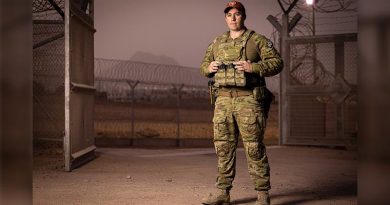 Sniper’s sights set on improving skills of others