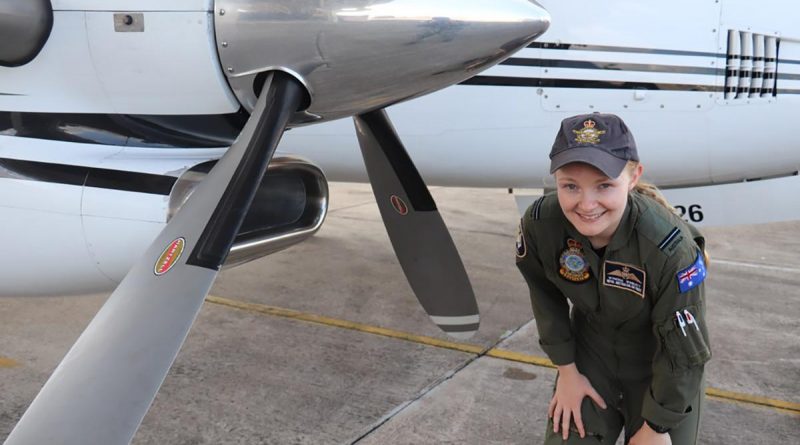 A team from RAAF No. 32 Squadron has provided air support to multinational forces during the annual Bersama Shield field training exercise hosted by Malaysia.

Deployment commander for the detachment Squadron Leader Scott Tavasci said the engagement provided an opportunity for pilot development training as the squadron prepares for further international exercises later in the year.

“It’s good to get back into international operations again as COVID-19 restrictions in most parts of the world start easing,” Squadron Leader Tavasci said.

“This has been a great training opportunity and allows us to put our operating procedures into practice and observe how other international forces work.”

For No. 32 Squadron pilots Flying Officer Wynona Winslett and Flight Lieutenant Riley Forde, the 3600 nautical mile journey from their base in East Sale in Victoria to Butterworth, Malaysia, was an experience in itself.

For Flying Officer Winslett it was also her first trip overseas.

“I didn’t think that my first time overseas I’d actually be flying myself, but it’s been educational to fly in a number of different countries,” Flying Officer Winslett said.

After leaving East Sale, the KA350 King Air made a number of stops including in Longreach in Queensland, Darwin, Bali and Singapore before reaching the Royal Malaysian Air Force base in Butterworth.

As well as the four pilots in the detachment, the team included operations and administrative staff as well as two civilian ground station contractors from Jet Aviation.

The exercise was the first key event of 2022 for the FPDA and will be followed by Exercise Suman Protector 2022 in October, hosted by Singapore.

Last year’s Bersama Shield was conducted as a virtual-only exercise.