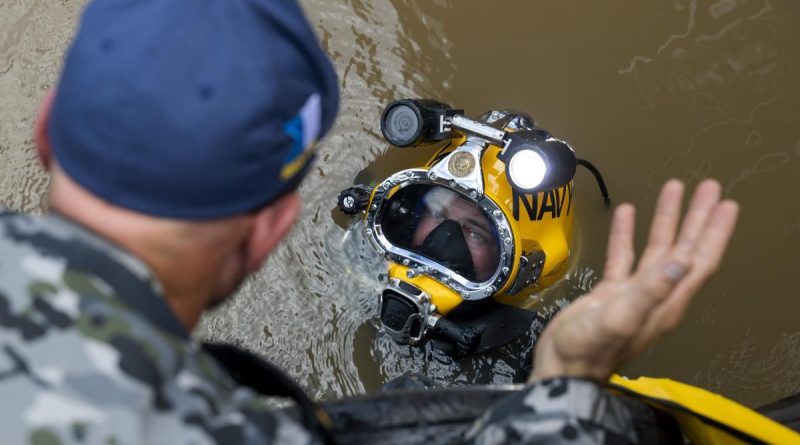 Royal Australian Navy personnel who helped clear flood material from the Brisbane River and Moreton Bay were given a big thank you recently in Brisbane.

The team searched over 61 square kilometres of the Brisbane River and Port of Brisbane, including completing 47 hydrographic survey tasks and 20 dives. The work is estimated to have helped bring navigational aids back online in three-to-six months, instead of the 18 months that it took after the 2011 Queensland floods.

Maritime Safety Queensland executive director of port operations Jim Huggett presented the team with a flag as a thank you.

“It was a big program of works and you have played a crucial role in the recovery of the port and river,” Mr Huggett said.

“We extend our greatest thanks to the team for their work.”

Commander of Task Unit Orca, Commander Mick Kerrisk, accepted the flag on behalf of the group and presented a Mine Warfare and Clearance Diving Task Group plaque in return.

The range of tasks involved surveying the Brisbane River and shipping lanes in Moreton Bay, assessing damage and debris at ferry terminals and at bridges along the river.

Chief Petty Officer Chris Bell said the hydrographic survey teams did over 100 hours on task in small boats on the Brisbane River.

“The work was technically difficult due to the mixture of fresh water from the dam release pushing in to the salt water throughout the Brisbane River,” Chief Petty Officer Bell said.

“It was a remarkable effort from the team with hot weather even causing some of the equipment to be unusable in the middle of the day.”

Task Unit Orca has now presented its data to Maritime Safety Queensland to assist with the decision to reopen the Brisbane River for commercial and public use. 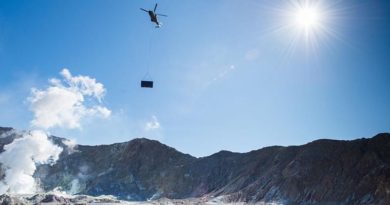