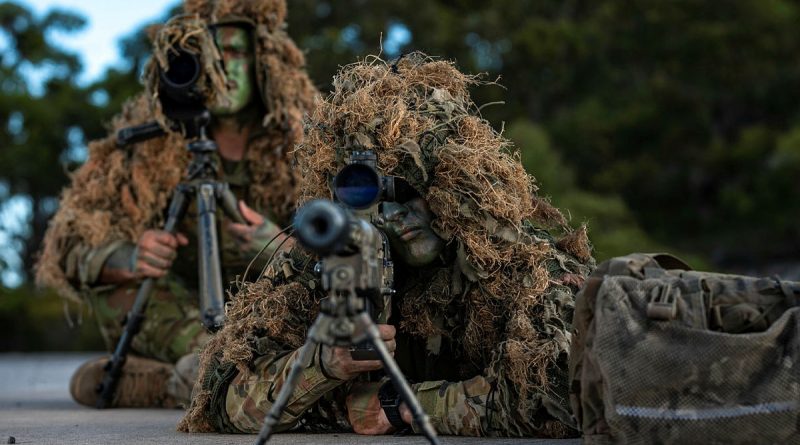 Snipers from the 6th Battalion, Royal Australian Regiment (6RAR), started the new year with a week in the Wide Bay training area, near Gympie in Queensland, to true their weapons, bond in their small teams, and maintain the lethal accuracy they are known for.

‘Truing’ is a highly mathematical process snipers undertake to finely tune their weapons, taking into consideration factors such as elevation and bullet flight time, ensuring they shoot accurately regardless of the conditions.

Throughout the week, the two-person sniper teams, made up of a ‘number one’ and a ‘number two’, were also afforded the opportunity to fine-tune their working relationships.

“While there’s a separation between the number one and number two in terms of leadership, the majority of the time we are discussing the mission on the same level,” Lance Corporal Tomlinson said.

“It’s a very intimate team; we work closely with one another, so it’s essential we establish an effective working relationship.”

Sniper teams are required to undertake a variety of tasks operationally and during training exercises.

“We generally step off at night, working our way to different rendezvous points before pushing onto an observation point,” Lance Corporal Tomlinson said.

“From there we observe the objective and relay information back to the headquarters, provide battlefield commentary for up to 72 hours and, if required, fire upon the objective.”

Snipers have a lot of trust placed on them as one of the battalion’s forward observers.

“The responsibility we are afforded is what I love most about this role; we all work to a high standard and expect a high level of competence,” he said.

“While we’re soldiers at a lower rank, we’ve received enough training allowing us to report to an officer in the headquarters, often the commanding officer, who will use that information to inform decisions on the battlefield.

“We work hard to learn this skill set and it’s rewarding to be given this responsibility.”

Private Jack Sendall, who passed the sniper course in late 2021, said he was enjoying honing his marksmanship skills in Wide Bay. 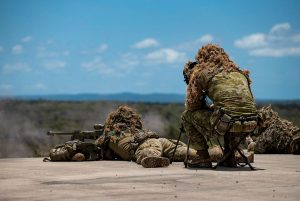 “As a sniper you’re trained to a high level in the basic marksmanship principles,” Private Sendall said.

“Your breathing techniques, correctly positioning yourself behind the rifle, calming yourself down, firing accurately, maintaining a perfect sight picture – they all come together.”

Private Sendall said he relished the experience he was gaining as a new addition to 6 RAR’s sniper cell.

“The number ones have a good amount of experience and are happy to share that knowledge, and often, as a number two, you understudy your number one,” he said.

“It’ll only take a couple of years and I’ll have enough knowledge to be able to step up to become a number one myself.

“Working within the sniper cell, you work with some really professional guys.” 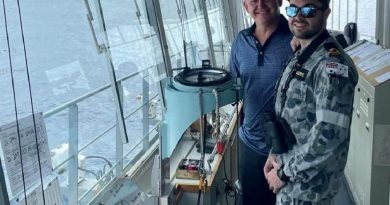 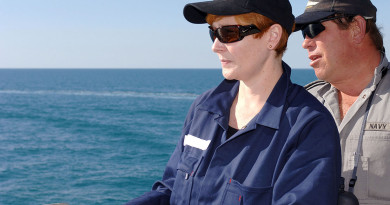