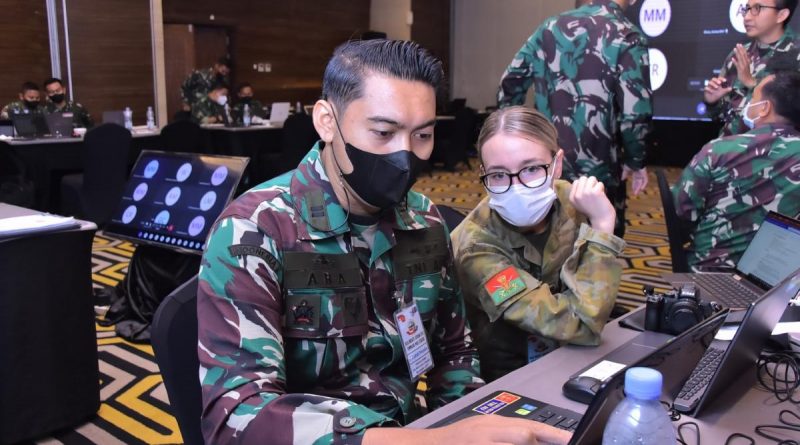 Held from November 8 to 12, Exercise Nusa Bhakti AUSINDO 21 (NBA21) included 21 ADF members and 27 officers from the Indonesian National Armed Forces (TNI) who provided collaborative responses to scenarios and requests for assistance based on an extreme weather event.

“We supported each other as recently as last year when Indonesia sent a task unit to Australia to help us deal with the terrible bushfires, and in 2018 the ADF helped to establish an air bridge between Balikpapan and Palu to fly in emergency relief stores after a very serious earthquake,” Group Captain Harrison said.

“So this training is very important, as building mutual understanding and interoperability on HADR operations is vital as we know we will surely be called upon again to work together in this way.”

Chief of Staff for the MNCC scenario, TNI Colonel Hermawan Kisha, spoke about the collaboration between TNI and the ADF in the COVID-19 environment.

“We practised the coordination of military contributions to a complex natural disaster scenario, responding to a sequence of events to provide disaster-relief actions and support.

“Regular knowledge sharing and skill sharing through HADR command post exercises enhances the interoperability of the forces, and maintains our preparedness to respond to future disasters.”

As well as the fictitious scenarios, the week also included academic input from a variety of other presenters including the ACT Emergency Services, Australian Red Cross and Indonesian National Board for Disaster Management.

“As an annual exercise, NBA21 allows us to establish a regular pattern of engagement between Australia and Indonesia within the HADR context,” Captain Robertson said.

“The lessons from the academic presenters allow for a common understanding and familiarity with the processes of foreign military, other government agencies (OGA) and non-government organisation (NGO) responders, which further enables us to plan to work together on both domestic and international emergency responses.”

“Exercise NBA21 successfully showed us how strong the military cooperation is between Australian and Indonesia, particularly in military operations within HADR,” Colonel Yulianto said.

“Indonesia and Australia are susceptible to a range of natural disasters. This exercise is a good anticipative step, and its successful conduct has resulted in the assurance that we are familiar and ready to work together in a coherent, cohesive, effective and efficient manner to respond.

“I sincerely extend my appreciation and special thanks to the ADF representatives who took part. On behalf of the Indonesian Armed Forces Commander-in-Chief, I am pleased to extend my congratulations for the success of the exercise.”

“I am always impressed at how strong the teamwork between all participants can develop in a relatively short period of time,” Group Captain Harrison said.

“It was a pleasure to work with our TNI counterparts and we value and look forward to conducting this exercise again next year.” 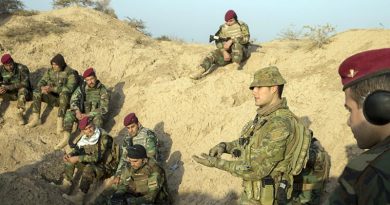