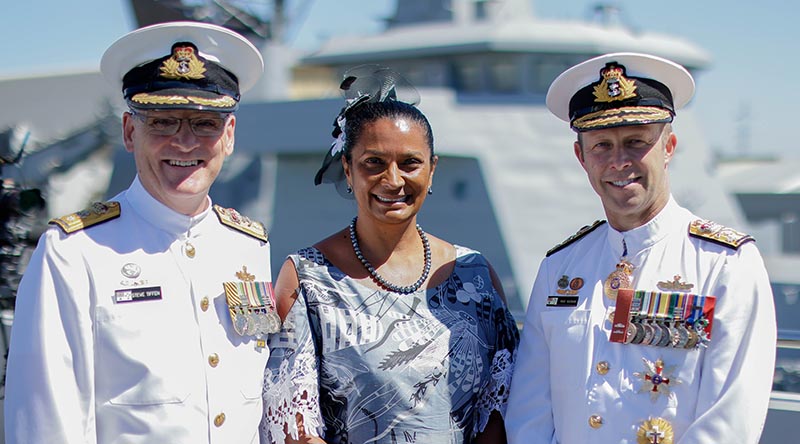 In a major milestone for the Royal Australian Navy, the first of the new Arafura-class offshore patrol vessels, Arafura, has been officially launched in Osborne, South Australia.

Chief Executive Officer of Luerssen Australia Jens Nielsen said it was a proud day for the company after starting construction of the vessel in 2018.

“This launch is an important moment in the life of Arafura and it is an opportunity to celebrate and recognise the hard work and commitment of hundreds of people,” Mr Nielsen said.

“Everyone who has worked on Arafura has a unique place in the Royal Australian Navy’s history and should be proud of their achievements.

“Together we have built a formidable vessel for the Navy.

“Luerssen Australia has an extensive Australian supply chain involved in multiple aspects of the shipbuilding program.

“I am proud of the high level of Australian Industry Content and the large number of close relationships we have forged with our partners, the Program Office and the broader Defence community over the years.”

Australian industry content in the program is 63 per cent and Luerssen’s next target is 65 per cent.

Nova Peris was the ship’s sponsor, naming the vessel Arafura upon her launch.

Nova Peris was the first Aboriginal Australian to win an Olympic gold medal, is descendant from West Arnhem Land and a very proud representative of northern Australia, where the ship will largely operate.

Traditionally ships have sponsors to bestow good luck and protection over the vessel and all who sail on her, and they maintain an ongoing relationship with the vessel.

In a unique twist at the ceremony, instead of champagne, a bottle of water from the Arafura Sea was smashed on the bow to mark the launch of the vessel.

Luerssen Australia became the prime contractor on the SEA1180 Program to build 12 Arafura-class OPVs after winning the contract at the end of 2017, with two to be built in Osborne and 10 in Henderson, Western Australia. 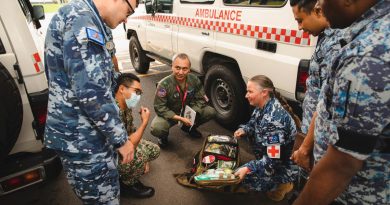 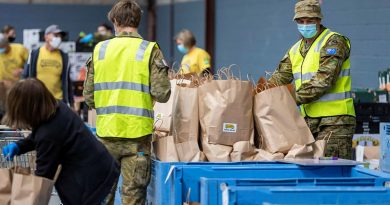