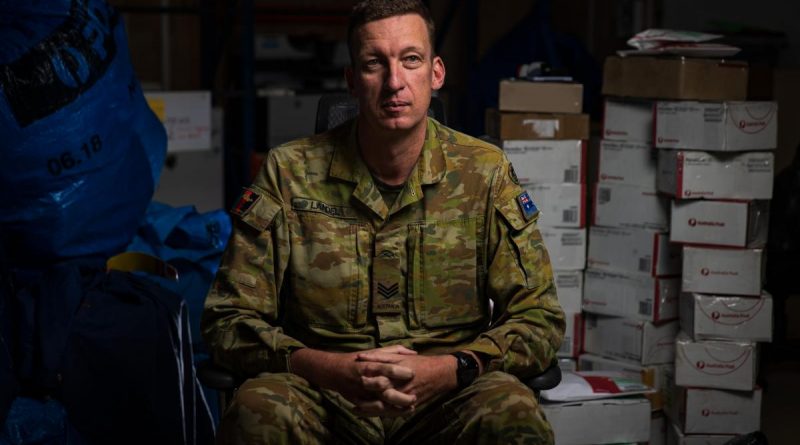 Advances in technology continue to offer a range of options for ADF members to communicate with loved ones while on deployment, but according to Joint Task Force 633 Postmaster Sergeant Alexander ‘Stretch’ Landel, physical mail remains as important as ever.

One of the most well-known members at Australia’s main operating base in the Middle East, not only due to his height and nickname, Sergeant Landel plays a crucial role in maintaining task force morale when it’s ‘mail day’.

Overseeing the in and outbound deliveries for seven locations across the region, including Egypt, South Sudan, Bahrain, Qatar and the United Arab Emirates, Sergeant Landel said he was following in the footsteps of his mother who worked for Australia Post for 25 years.

“My mother and I talk on the phone about my work all the time – she understands as she spent 13 years in a Post Office in New South Wales and 12 years in Queensland,” Sergeant Landel said.

By maintaining the legacy of the postmasters who have served on Operation Accordion before him – Warrant Officer Class 2 Nabbs, Sergeant Haar, Sergeant Linley and Sergeant Mandall – Sergeant Landel said his first overseas deployment has been a learning curve.

“The demands of my day job here in the Middle East include managing postal logistics, distribution, stakeholders, transport via road, civilian aircraft or service air, working with civilian agencies, providing advice to, and answering emails from, outstations,” Sergeant Landel said.

“I travel into Dubai two to three times a week for pick-ups and often work with an Arabic translator.

“It’s nice that everyone on base knows the postmaster; I can’t walk out of my room without receiving a wave and hello.

“Mail is morale and something as simple as a written letter or package from home can make a huge difference in a deployed member’s day.”

A postal manager from Headquarters Military Post at Lavarack Barracks in Townsville, Sergeant Landel trained as an Army driver in 2002 and had previously taught at the Army School of Transport in Victoria and on promotional courses.

“Most Defence mailrooms are filled with drivers and movers,” Sergeant Landel said.

“The Postal Clerk Course is a month long, and then 12 months’ experience in a mailroom is required before a member can be deployed as the postmaster.

“My time in the Middle East has been eye opening and I’m so thankful for all the challenges and growth opportunities I can implement back at my home unit.” 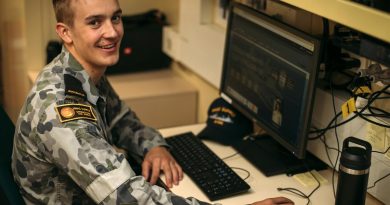 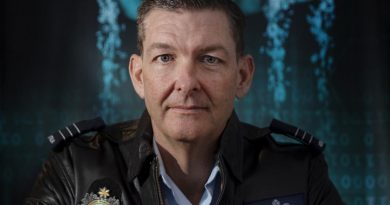 From the air domain to the cyber front line 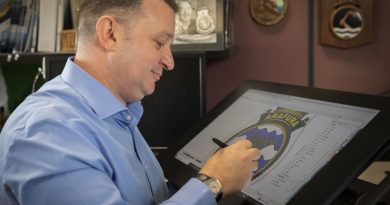