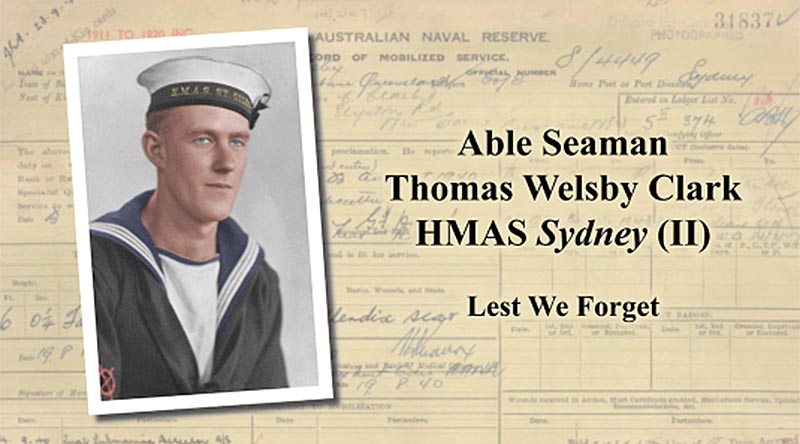 Eighty years after the Australian warship HMAS Sydney II was sunk off the West Australian coast, the only body recovered from the tragedy has finally been identified.

FILE PHOTO: A colourised studio portrait of S/4449 Ordinary Seaman Thomas Welsby Clark. On 19 August 1941 he became a crew member of HMAS Sydney and was one of the 645 crew who lost their lives following an action with the disguised German merchant raider Kormoran off the coast of Western Australia on 20 November 1941.

AB Clark is believed to be the only sailor to have made it to a life raft after the ship went down.

Despite surviving the battle and the sinking, he tragically died at sea. His remains were found near Rocky Point on Christmas Island nearly three months later.

DNA samples collected from his body in 2006 have been extensively tested over the past 15 years and revealed both mitochondrial DNA, passed from mother to child, and Y chromosome DNA passed from father to son.

Minister for Veterans’ Affairs and Defence Personnel Andrew Gee said the formal identification was a significant development in Sydney’s story and an historic moment for Australia.

“It says a lot about Australia that, despite the decades that have passed, our nation is still working so hard to identify those lost in war and ensuring we honour the sacred commitment to remember them.

“I know this is a terribly sad time for Tom’s family. Like his brave shipmates, he died defending Australia, our values and way of life. His family should be immensely proud.

“The Office of Australian War Graves has agreed that next year Tom’s grave in Geraldton War Cemetery will be marked by a new headstone bearing his name. He will be ‘unknown’ no longer.”

Chief of Navy Vice Admiral Mike Noonan said AB Clark was just 21 when he died and was representative of the many young lives lost in the battle.

“We revere the service and sacrifice of all who perished.

“His long voyage is complete, may he Rest in Peace.”

Retired academic Leigh Lehane was surprised and saddened to learn her Uncle Tom was the unknown sailor.

“To be quite honest it was a bit upsetting,” Dr Lehane said.

However, she said, establishing the truth was important.

“I am so grateful for the many, many people – well over a hundred – who helped ascertain the truth about his identity,” Dr Lehane said.

She was born in July 1941, the month before her Uncle Tom joined Sydney. According to a family story, he met his new niece on a final visit to Brisbane.

“He came and held me as a little baby. That’s a very pleasurable thought because I don’t think anyone else is alive now who knew Tom sort of eye to eye,” Dr Lehane said. 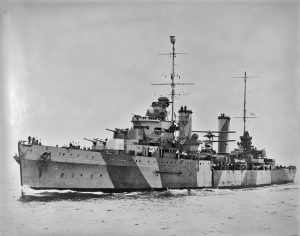 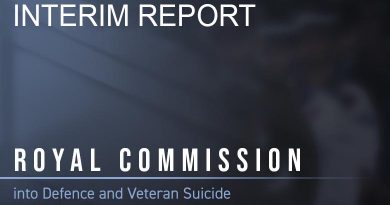 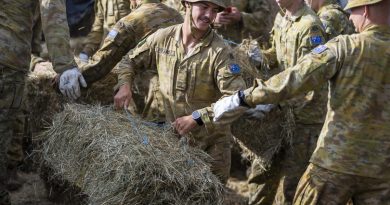