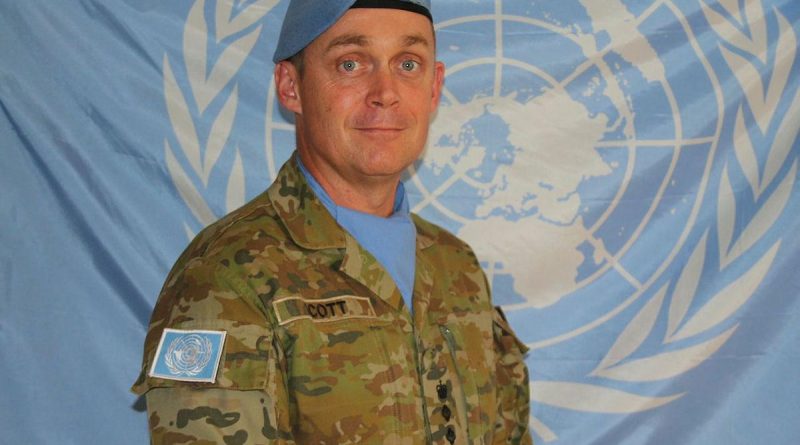 Mentoring and teaching the next generation of junior officers and enlisted personnel is Colonel Michael Scott’s passion, even when they come from a diverse range of countries.

CAPTION: Colonel Michael Scott has completed his deployment to the Middle East on Operation Paladin, which began in July 2019.

A widely read military professional, Colonel Scott has just completed a two-year deployment on Operation Paladin, the ADF’s support to the United Nations Truce Supervision Organisation (UNTSO), which has outstations spread across the Middle East and Africa from Egypt to Israel, Jordan, Lebanon and Syria.

Based in Jerusalem, Israel, since July 2019, Colonel Scott initially served as the UNTSO deputy chief of staff.

From October 2019, Colonel Scott undertook higher duties as the chief of staff and head of military in the absence of a major general – a position that had previously only been held by an Australian twice.

“The ADF commitment to UNTSO assists the UN with implementing its various security council resolutions.”

Presently, UNTSO draws 153 military personnel from 27 different contributing countries, including those that, from an Australian perspective, are not traditional Defence partners.

“It has been a privilege and an honour to serve with professionals from nations such as Russia, China, Serbia, Argentina, India, the United States, Gambia and Bhutan, to name but a few,” Colonel Scott said.

“It has been my responsibility to establish and maintain an effective rapport with regional stakeholders, including senior officers from the Israeli Defence Force, the Lebanese Armed Forces and the Syrian Arab Armed Forces, as well as with the 27 UNTSO contributing countries and their embassies.

“As the Chief Military Observer on this mission, I have also been responsible for the training, supervision, operational performance and reporting of violations to the ceasefire agreements made by previous officers on this mission.”

He led the military component during the peak of COVID-19.

“UNTSO observers operate within one of the world’s most complicated environments, where a tactical mistake may have a strategic consequence,” Colonel Scott said.

“In this volatile part of the world and during an unprecedented global pandemic, this role and deployment has been one of my proudest professional achievements.

“It’s incredibly rewarding to work as part of a multinational team of officers and UN civilians.”

Colonel Scott said the key to building a high-performing team was having people with diverse skill sets, ages and genders, as well as reserve and full-time members.

“The ADF officers who have been selected for UNTSO from the Navy, Army and Air Force have been first-rate,” Colonel Scott said.

“It is evident that the education, training and development processes we undertake within the ADF is equal to the best in the world.”

Colonel Scott is a highly decorated Army officer from Narangba, north of Brisbane, Queensland, who believes wholeheartedly in service over self.

He enlisted as a soldier in 1994 and commissioned into the Royal Australian Armoured Corps three years later. 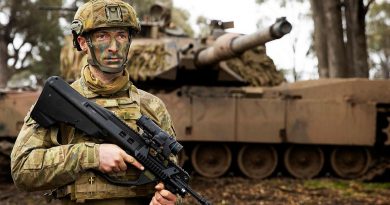