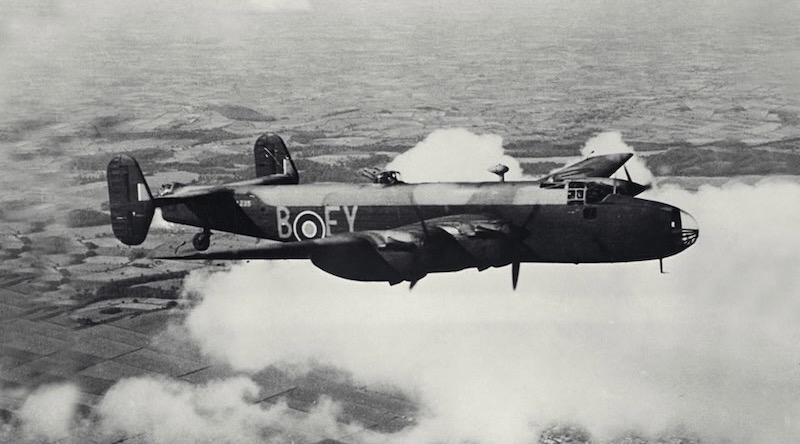 I knew Ernie for many years, until he passed away
He related to me this story, late one ANZAC Day
It’s written in the first person, so you can easily see
It’s exactly the way it was, when he shared this yarn with me

The year was 1943, our squadron flew from Driffield
In spite of all our losses, no one would never yield
Our trusty steed, the Halifax, was as solid as a brick
The kite you could rely on, when the flack was thick

In the air at sunset, then out across the North Sea
We knew of all the dangers, but I prayed it would not be me
The throbbing of the Hercules, they haven’t missed a beat
With the pressure the “erks” are under, that’s no easy feat

The call comes through the intercom. “Enemy coast ahead!”
But we are all so busy, we have no time to dread
A Roman Candle falls to earth, leaving us in little doubt
In spite of all our hopes and prayers, the poor souls did not get out

The Rhine looms up before us, now the ‘fun’ begins
Flack and blinding searchlights, a pair of lethal twins
The bomb aimer calls corrections, the pathfinders have done their job
Flying through that maelstrom, we have to weave and bob

The cry goes up. “Bombs gone!”, now it’s “Home Sweet Home”
No time for complacency, this is where night fighters roam
Bacon and eggs for breakfast, hardly a delight
Little compensation, for the ones we lost tonight

We’d hidden a bucket of beer, certain to hit the spot
But the Pathfinders beat us home and scoffed the bloody lot
They denied all knowledge, of this dastardly deed
They said it was the gremlins, who had the greater need

Personal kit to be packed away, letters to next of kin
No matter how often it’s done, compassion never wears thin
The bar does not provide, the solace that you seek
Deep down inside, we all know, we will be doing it again next week

In spite of all the dangers, there’s one thing I knew for sure
When I had my thirty ops up, I’d put in for another tour
The only demon that I’d feared, till I took my last breath
Lack of moral fibre is a fate far worse than death

Bomber Command’s “jack of all trades”, fulfilling every role
Flying in all weather, when the night was black as coal
Towing gliders over Arnhem, dropping spies behind the lines
A variety of payloads, from troops to shipping mines

I know that in the air force, everyone has their own story
The “Halibag” always plodded on. While the Lanc took all the glory
Some tasks were unpopular but you did not dare to shirk
For remember that in Bomber Command it was just another night at work

FILE PHOTO: A Halifax B Mark II Series 1A of No. 78 Squadron RAF based at RAF Breighton, Yorkshire, UK, circa 1941. Photo by Flying Officer G. Woodbine, Royal Air Force – from Imperial War Museums collection, via Wikimedia. 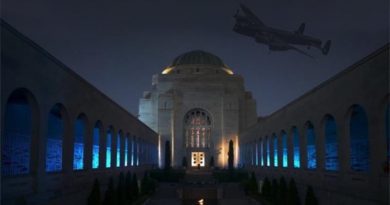 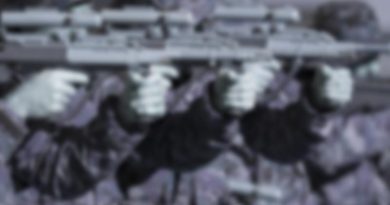 When CSM at Duntroon 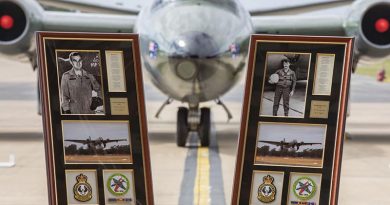