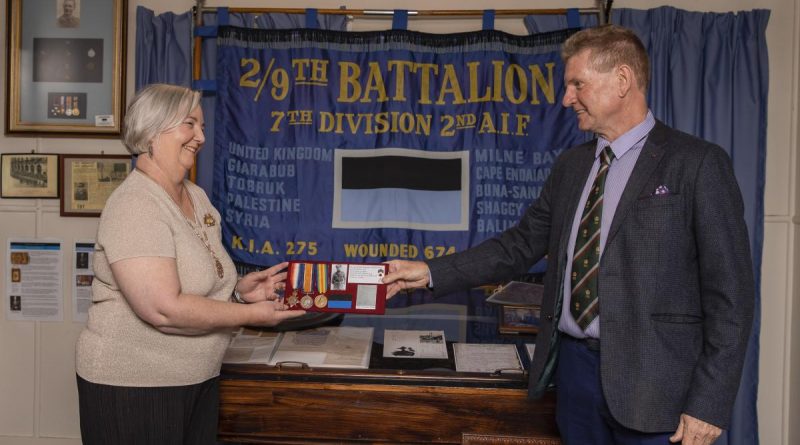 Former Army reservist Len Kelly has a fascination for all things World War I.

However, it’s his medal collection that keeps connecting him to descendants of the fallen, giving him a sense of guardianship to honour their memory.

The discovery of World War I medals belonging to 9th BN AIF’s (later 9RQR) Lieutenant Norman Weynand caught Mr Kelly’s attention as he started his own military career as a reservist in the same unit.

Mr Kelly purchased the medals online and mounted them onto a felt board along with Lieutenant Weynand’s portrait, replica colour patch and small bio.

Until their last Anzac Day in 2000, they had cups of tea and Mary shared stories of her cousins who fought in World War I.

As a teenager, Mrs Best sent them letters at Gallipoli and heard the news that her cousin, Lieutenant Weynand, was killed at Pozieres on her 15th birthday, July 23, 1916.

One Anzac Day, Mrs Bennett held for the first time the medals of her relative she never met but felt she almost knew.

The medals were stolen from her grandmother’s house in the early 1990s and Mrs Bennet has searched for them ever since on websites such as Lost Medals Australia and Medals Gone Missing.

This year, on July 23, the anniversary of Lieutenant Weynand’s passing, she saw them on the Virtual War Memorial Australia website and connected online with Mr Kelly.

It was with mixed emotions Mr Kelly learned the medals were stolen.

“Weynand was a 9 Battalion Gallipoli-lander, killed at Pozieres; I was a lieutenant in the Army, so you relate to the guy, you adopt him, but you’ve got to give him back to his rightful parents,” Mr Kelly said.

“It’s very warming that it meant so much to her [Mrs Bennett] and that they were reunited.”

Mrs Bennett purchased the medals from Mr Kelly and they were returned at a place of significance to Lieutenant Weynand: the 9th Battalion’s Association Museum, which houses a gun captured on July 23, 1916.

“It was more than just missing medals; there was a lot of personal attachment to their story, to my grandmother,” Mrs Bennett said.

“I would have loved for her to have been there and I’m sure she was in many ways.

“That really made it more emotional for me.”

This is the sixth set of medals Mr Kelly has reunited, saying he finds it fascinating researching the person behind the medals and visiting their grave if he can.

“It’s sad that they have left their family over the years, so it’s always nice to return them,” Mr Kelly said.

Mrs Bennett said after 30 years, she never thought she would see the medals again.

“It is hard to describe the feeling to finally have Normie’s medals home,” she said. 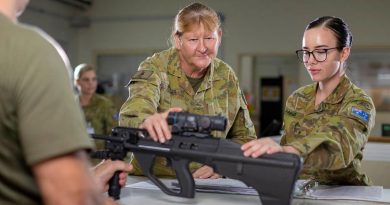 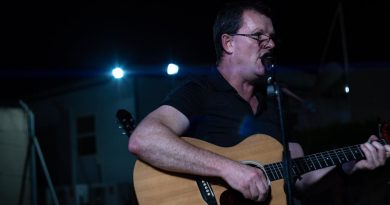