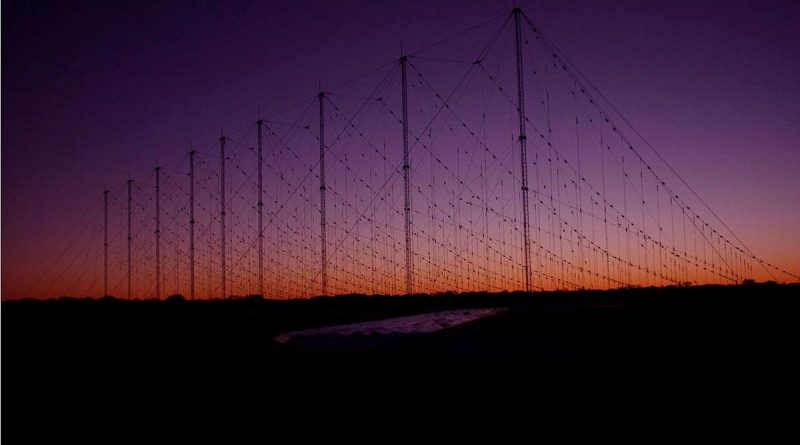 Behind every great defence force is an army of scientists, technologists, engineers and mathematicians, all working to ensure that those on the frontline have the best technology, knowledge and know-how to outwit, outperform and outsmart adversaries.

The ADF is no different.

If a soldier wears it, uses it, eats it, thinks it or has to defend against it, there is every chance a Defence scientist has done the science behind it.

This National Science Week, the ADF celebrates the STEM (science, technology, engineering and mathematics) professionals in the Defence Science and Technology Group (DSTG) and across Defence and reflects on their contribution, not only to Defence but to the country more broadly.

As the Chief of the Defence Force General Angus Campbell explained, modern forces need to embrace technology and recognise the value it brings to Defence and its members.

“The modern world is consumed by science and technology in everything we see and we do and we touch,” General Angus Campbell.

“If we don’t have people who understand it deeply and understand the possibilities and potential of it, then we’re not going to build a modern defence force that is as capable as it should be.”

The DSTG team is making meaningful impacts for Defence in many fields – some with very tangible effects and value for Defence and others with a broader benefit to the greater population.

DSTG’s Chief of Science Engagement and Impact Division David Kershaw said many people were unlikely to be aware that DSTG had a key role in Defence’s support to the COVID-19 vaccine rollout.

“A team of operations analysts from DSTG conducted a rapid study of the Department of Health’s Vaccine Operations Centre to understand where efficiency and performance gains could be achieved,” Mr Kershaw said.

“This study resulted in a number of recommendations that were proposed and accepted by the Department and are currently in the process of being implemented.

“We also had a team of disease-modelling experts at DSTG and the University of Melbourne who developed a tool to forecast outbreaks of influenza.

“This tool is now being used to help health officials forecast the spread of COVID-19.”

Residents of Townsville, Bowen and Ingham are likely to be more aware than most of the dramatic sight of large, heavy military equipment coming ashore off a landing craft after the most recent iteration of Exercise Talisman Sabre.

Chief of Maritime Division in DSTG Emily Hilder said her team used hard data and some maths to help future-proof Australia’s amphibious deployment capability by directly affecting how and where Navy could operate its LHD landing craft (LLC).

“Our experts were able to generate hard data demonstrating how the landing craft would perform under a wide variety of sea conditions with different cargo weights,” Ms Hilder said.

“The data showed that the RAN could confidently use the LLC to carry up to 60 tonnes of cargo in Sea State 3, proving its capacity to load and transport not only current but also future land vehicles.

“It is a huge force-multiplier for amphibious forces.”

Other arenas where DSTG has made advances include developing radar-absorbing material, with Australian industry, to help our Navy submarines avoid radar detection, as well as their world-leading over-the-horizon radar technology that powers JORN, the Jindalee over-the-horizon radar network. JORN assists in detecting illegal entry, smuggling and unlicensed fishing off the Australian coast.

Overseas, DSTG scientists worked closely with Australian industry and other parts of Defence to design and develop an ingenious system to protect soldiers against radio-controlled improvised explosive devices.

Under a program called REDWING, the life-saving devices were provided to the Afghan National Defense and Security Forces, enabling them to operate confidently in a high-threat environment.

Australia’s Defence scientists have contributed to virtually all aspects of the F-35 Joint Strike Fighter program.

Acting Chief of DSTG’s Aerospace Division Khan Sharp said nearly every element of the F-35 capability was enabled by science and technology.

He described a recent package of work in which a DSTG aerospace engineer led the development of software tools that enable weapons to be safely carried and deployed by the F-35 with a substantially reduced requirement for expensive flight testing.

“Thanks to experts within DSTG and across Defence, Australia has been able to inject its scientific and technical expertise to enhance the mission effectiveness, safety and affordability of the air system,” Khan Sharp said. 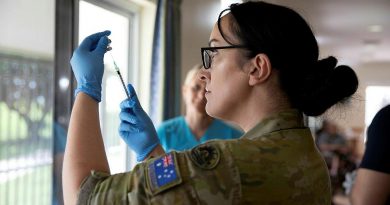