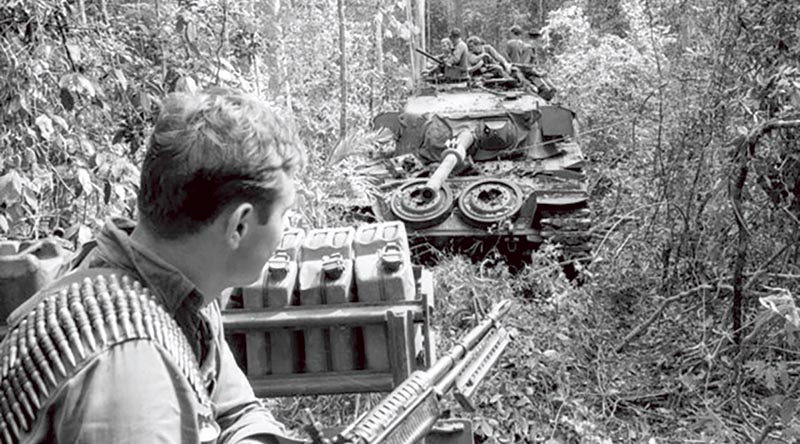 He was just a kid with acne, when he first wore his jungle greens

About to learn the hard way, life’s seldom what it seems

An Asian war was raging, yet he was keen to go

He didn’t see the folly, all those years ago

Through rookies and corps training, an S.L.R. was his best mate

He prayed it would protect him, no matter what his fate

To 1.A.T.F. Headquarters in the province of Phouc Tuy

The situation was desperate, so they called in the armoured corps

If you want to reach retirement age, don’t take on a Centurian Tank

The RAAF lost a chopper, and two of its’ gallant crew

3 R.A.R met the challenge, ‘till the enemy withdrew

It was like a scaled down Overlord, from where the operation got it’s name

Twenty-seven years the difference, but the result was just the same

The battle was hardly over and it was on again

An R.P.G. took out an A.P.C. and they lost seven brave men

For those still left “in country”, it was the final show

After eleven years in that quagmire, they brought the Aussies home

Over 500 gravestones, nightmares and a poem

The paddy fields are silent from the cacophony of the guns

Take the time to ponder, they were Australia’s sons

Mateship that was created, in that land so far away

Can still be witnessed, to this very day

And a statement we all use, as we wander dangers’ track

“Hang on mate don’t worry. You know I’ve got your back” 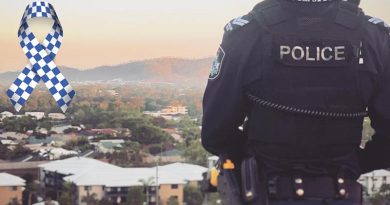 When the copper’s back is turned