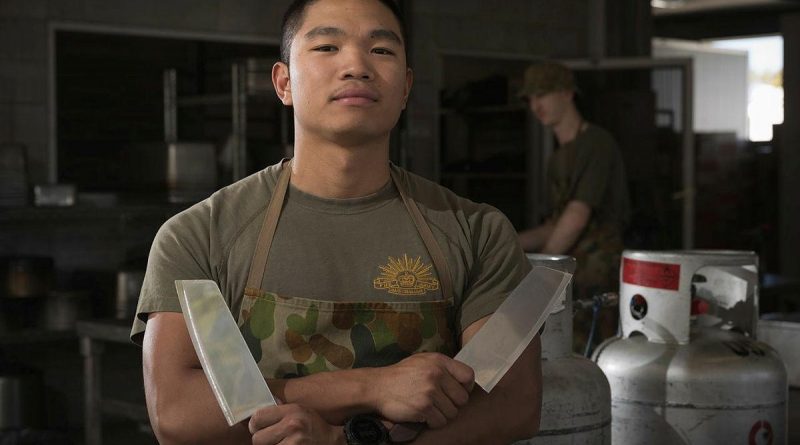 A chance encounter with a Defence tent at a Melbourne food festival first sparked Private Zaniel Noriel’s curiosity of combining his two interests: joining the Army and his love of food.

Three months later, Private Noriel was on his way to recruit training at Kapooka to eventually become an Army chef.

Private Noriel is one 12 Army chefs from the 10th Force Support Battalion providing meals for up to 600 troops at Camp Growl in the Shoalwater Bay Training Area, Queensland.

He said cooking was important to him.

“In our culture in the Philippines, food is really big – everyone has their own special dishes,” he said.

“I love it. Mum was a pastry chef so that influenced me to be a chef, and my mum and grandma always cooked at home.

“I really wanted to join the Army and I like cooking and so I thought I might as well combine the two.”

Private Noriel had already finished his first year of the Commercial Cookery Certificate when he received his Army job offer, but the initial employment training he received at the start of his career gave him the full qualification.

“It’s a very high-tempo job role and you need to be very good at managing stress and adapting quickly,” Private Noriel said.

Although his mum took some convincing initially, Private Noriel’s parents are proud and supportive of his service in the Army.

“I give them a call every Sunday to put their minds at ease that I am doing well,” he said.

“Whenever I need their help, they are always there for me.”

Private Noriel has had a busy and successful career in Army since joining in 2019.

He has proven his skills in the kitchen by coming second place in a three-day Australian Army cooking competition.

“Resolute was a bit far from my base unit, but it was a good experience working with local communities,” he said.

“I had never been on a ship before. It was an eye-opening experience to get to work with the Navy and the Air Force.

“You get to interact with the locals and travel around Australia, so I thought that was a bonus.”

“Going to new places, meeting new people, being on Talisman Sabre and seeing US Marines and the US Army, it’s a nice experience,” he said.

“We are all in the military and it’s very easy to share experiences and knowledge with one another. I like learning and observing new things.” 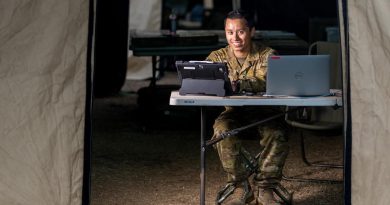 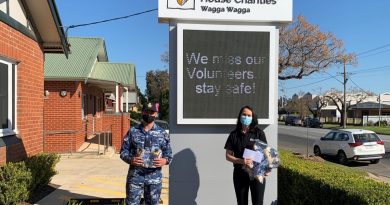 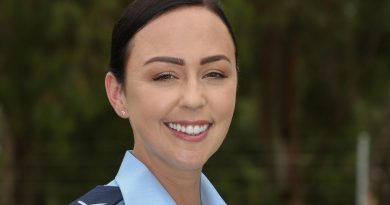