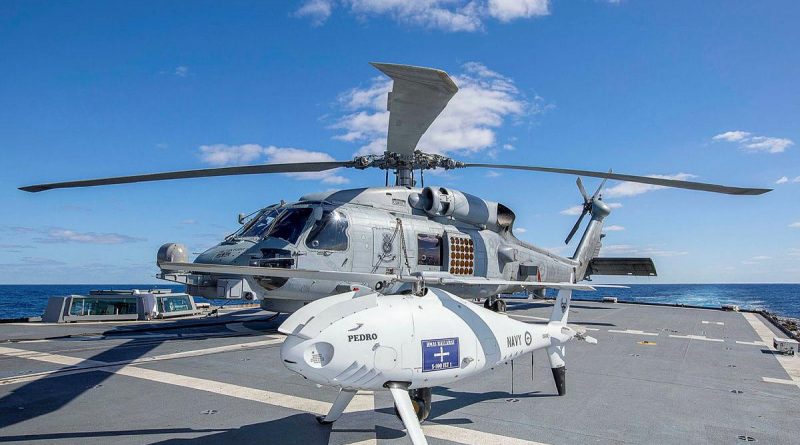 A small detachment from 822X Squadron at the Royal Australian Navy’s Fleet Air Arm is conducting trials with the 3.1-m long rotorcraft as part of Exercise Talisman Sabre (TS21).

“The S-100 can be used for a number of activities, such as search and rescue, tactical maritime operations, and overwatch for the ship’s boarding party,” Lieutenant Parsey said.

“A major advantage of the S-100 is that the vision it captures can be live-fed straight back to the operations room providing a real-time tactical picture.”

Attention is also being paid to how the S-100 can operate in conjunction with the MH-60R to multiply overall aerial capability.

“Manned/unmanned teaming is the phrase that has been given to this sort of aircraft-to-aircraft partnership,” Lieutenant Parsey said.

“For instance, the helicopter may spot a vessel of interest while on patrol, the details of which can be relayed to the ship, at which time the S-100 can be deployed to take over the surveillance.

“The S-100 can then stay on-station for longer than traditional aircraft, thanks to its endurance capability.”

Commanding Officer Ballarat Commander Antony Pisani said TS21 had been a good opportunity to inject the S-100 into a sea combat environment.

“One of our tasks during Talisman Sabre has been to hunt submarines in our area of operation to disrupt the enemy force within the exercise,” Commander Pisani said.

“Our MH-60R is designed for that purpose, but the S-100 boosts our ability to search for submarines and track their periscopes until the helicopter can respond.

“That additional situational awareness makes us a more potent unit overall and increases our fighting edge.” 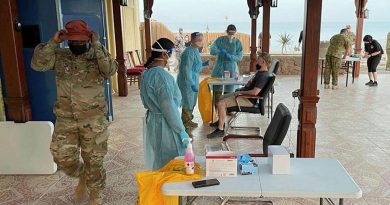 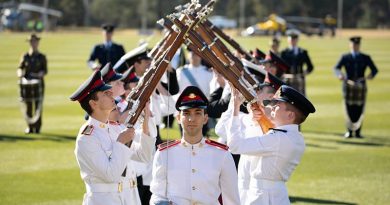 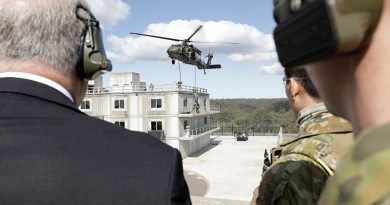