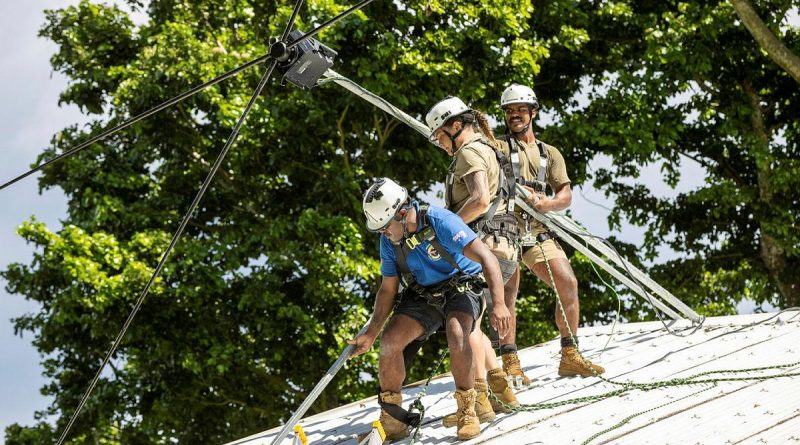 After three busy months working with the Vanuatu Police Force (VPF) to progress the delivery of the Vanuatu Government National Emergency Radio Network, an ADF communications team returned to Australia late in June.

The team achieved a significant milestone before departing.

When the installation of high frequency (HF) radio infrastructure on the island of Tanna, the entire Vanuatu archipelago was connected through the emergency radio network.

Telecommunications riggers, radio operators and electricians from the Australian Army and Royal Australian Air Force connected the final provincial police headquarters with the installation of a HF radio mast, a solar-powered battery bank and a HF radio.

Connecting all remote police headquarters in Vanuatu has been the main goal of phase two of the project, with very high frequency (VHF) radio infrastructure also installed in Efate and Santo.

Contingent Commander Captain Todd Wilson has been on the ground since the project’s conception. This was his fourth deployment to Vanuatu.

“The main achievement of phase two was the connection of all provincial police HQs to the Vanuatu Government National Emergency Radio Network,” Captain Wilson said.

“The second major milestone achieved has been the delivery of VHF coverage to 95 per cent of Efate and around 80 per cent of Santo.”

This coverage, along with the provision of 100 handheld radios and 50 vehicle or building-mounted radios, means the Vanuatu Police Force now has the ability to coordinate emergency responses across departments and significantly reduce response times to emergency call-outs.

Along with increasing Vanuatu’s disaster preparedness and response capability, the upgraded radio network will also enhance the Vanuatu Police and Mobile Force’s ability to coordinate daily tasks and serve their communities.

Tanna Police Prosecutor Sergeant Ketio Willie said the installation of the radio network benefited the police by enabling daily communications off the island.

“In my role, I send through weekly reports to the headquarters. We find it difficult to send daily reports, that’s why we usually combine them because getting cellular reception is so difficult,” Sergeant Willie said.

“The radio is important to the community because it helps get communication when an emergency situation arises.”

Education has also been an important part of the project, with an ADF training team in Sola Island delivering hands-on training to Vanuatu Police Force officers on the HF radio system.

The radios and training have already proved valuable, assisting in the safe rescue of three boys lost off the coast of Mota Lava in May.

One of the officers present, Warrant Officer Class 2 Roger Korani, called on his training when he was notified the boys had gone missing when their fishing boat drifted into open water and couldn’t be located.

“Using the HF radio at Sola Police Post, I was able to get a message to Port Vila and organise an urgent rescue,” he said.

After two days, the boys were located by Dr Mark Turnbull in his Wings of Hope plane.

“Without the radio I wouldn’t have been able to get communication off the island as the cellular network was down. I really thank the Australian Government for funding this radio network so it can be used to help in situations like this,” Warrant Officer Class 2 Korani said.

Captain Wilson, who conducted reconnaissance of the islands before the beginning of the project, said while Australia provided assistance with equipment and senior trained technicians, the project would not have been possible without the skills and local knowledge the Vanuatu Police and Mobile Force, along with the Maritime Wing members, brought to the installation and training teams.

“Vanuatu and Australia have a strong partnership through the Defence Cooperation Program. This project over the past few months has strengthened these ties with VPF and ADF members working side-by-side for the delivery of all works and training,” Captain Wilson said.

“Working with the Australian Army has been a good experience. I have learnt a lot, especially how to operate the radio,” Constable Motoutorua said.

“The Australian soldiers are really friendly and when they come to the islands, they not only concentrate on the radio but they blend in with the people and communities, buying local food. We really appreciate that attitude towards community.”

The contingent returned to Australia in late June and Captain Wilson acknowledged the privilege it had been to travel during these unprecedented times.

“It is a testament to both the Australian and Vanuatu governments priority of this project that has allowed us to continue to work during the COVID-19 environment and we are thankful for that,” he said.

Phase two will continue later in the year with a focus on extending the VHF coverage and continuation of police post installations. 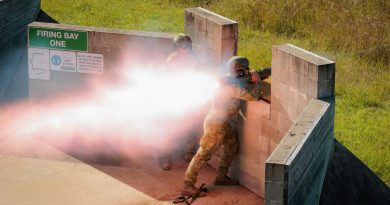 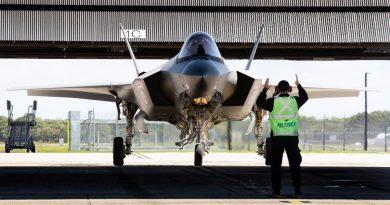 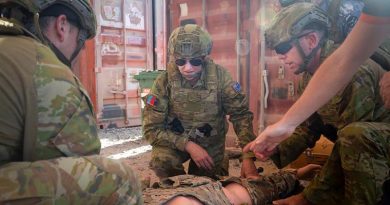