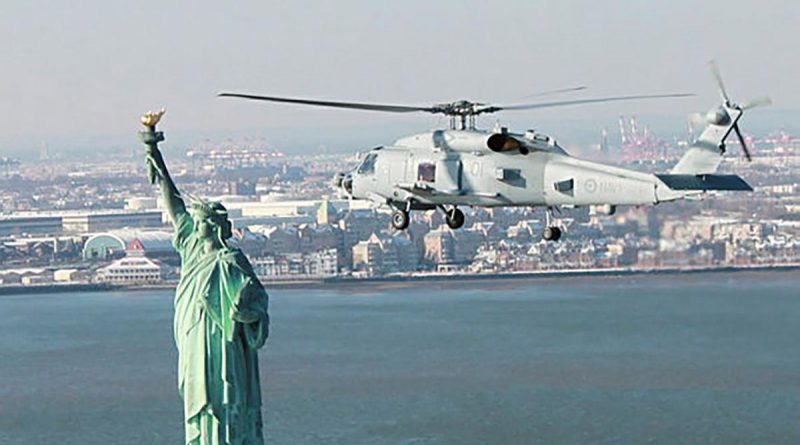 CAPTION: The Royal Australian Navy and the United States Navy are this week acknowledging the 10-year anniversary of mateship on the MH-60R Seahawk Romeo Multi-Mission Helicopter Program. Photo by Lieutenant Commander Josh Carey.

In 2011, RAN signed a Foreign Military Sales agreement with the US Navy to acquire a fleet of 24 MH-60R helicopters and through-life sustainment support.

Director General Navy Aviation Aircrew Training and Commons Commodore Darren Rae said the anniversary coincided with the 70th anniversary of the ANZUS Treaty, on which the alliance was founded.

“Australia’s partnership with the US on the program is just one example of the broad scope and enduring nature of the Australia-US alliance,” Commodore Rae said.

“Our alliance cooperation is one which includes world-leading capability innovation, strong people-to-people links, and mutual benefit to both of our nations.

“The Romeo helicopter program exemplifies the deep ties between Australia and the United States and the opportunities that can be achieved for Australia in an environment of mutual trust, respect and mateship.”

The partnership with the US Navy has been successful from a capability and industry perspective, delivering shared facilities for Navy’s squadrons and purpose-built co-located facilities for industry.

“Since we started flying Romeo in Australia, our partnership with the US Navy has led to the creation of an exceptional deeper maintenance and sustainment industry capability in Nowra, New South Wales, and other regional centres,” Commodore Rae said.

“The highly skilled Australian workforce that support the Romeo capability have been instrumental in supporting an operationally important capability.”

US Program Executive Officer for Air Anti-Submarine, Assault and Special Mission Programs Major General Greg Masiello said the program was one of the many great examples of cooperation between the US and Australia.

“Cooperation with the RAN can be seen across several US military programs. The H-60R program is an example of how to effectively integrate our allied counterparts into a domestic team and witness successful mission outcomes,” Major General Masiello said.

“Our partnership goes beyond signatures on paper. The joint program ensures we develop and execute capabilities benefiting our US and allied forces,” he said.

“We also value the collaboration our in-country RAN teammates bring to this program every day.”

Commander of the Fleet Air Arm Commodore Don Dezentje commands the RAN’s aviation force at Nowra and said the MH-60R exemplified what was needed in a maritime-combat helicopter.

“It is known as the next-generation submarine hunter and is equipped with highly sophisticated systems to detect, locate and prosecute submarines.

“Since the delivery of the last of the 24 helicopters in 2016, the RAN has flown more than 30,000 flight hours in the aircraft, using this capability in exercises and operations and, most recently, to assist Operation NSW Flood Assist,” Commodore Dezentje said.

“The RAN is heavily invested in the US Navy’s ongoing technology upgrade roadmap for Romeo.

“High levels of integration and ensuring the MH-60R remains at the forefront of maritime combat helicopter capabilities ensures we are able to provide a broad range of flexible capability options to meet operational requirements.”

Earlier this year, the US Navy announced a $10 million contract expansion that will enable Sikorsky Australia to deliver more sustainment support and maintenance to the fleet at their facility in Nowra.

Defence has also signed an Australian Industry Capability Deed with Sikorsky Australia to provide an in-country Apprenticeship and Traineeship Program that supports maintenance and sustainment activities in the Shoalhaven region.

Since commencing in 2017, two logistic trainees and one apprentice have graduated from the scheme.

A further nine apprentices and trainees are progressing training and are scheduled to graduate before December 2023. 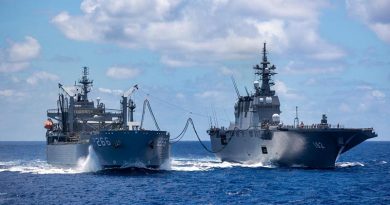 AVALON Airshow deferred a week because of F1 Grand Prix 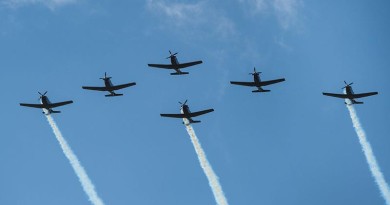