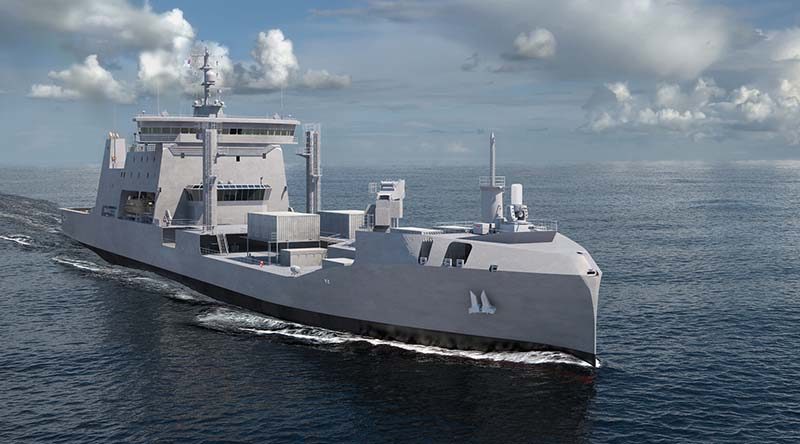 The Royal New Zealand Navy has announced that the name of its newest and biggest ship will be HMNZS Aotearoa.

Construction of the new 24,000-tonne vessel – the largest ship ever operated by the RNZN – will start next year, for delivery in January 2020.

Five members of an RNZN panel, chaired by Deputy Chief of Navy Commodore David Gibbs, considered a range of names, with a shortlist presented to Chief of Navy Rear Admiral John Martin for his final decision.

It was a big name for a big ship, Rear Admiral Martin said.

“HMNZS Aotearoa will represent us as a nation on the international stage whether conducting operational support, maritime sustainment or providing humanitarian aid or disaster relief. Aotearoa will be recognisable within the Pacific region and identifiable with all New Zealanders.”

HMNZS Aotearoa has twice the displacement of HMNZS Endeavour, which is scheduled for decommissioning next year, and will carry 30 per cent more fuel.

“Aotearoa will have the ability to deploy anywhere in the world to support maritime operations and enhance our combat force,” he said.

“It has the ability to conduct embarked helicopter operations and will be capable of carrying a significant tonnage of operational supplies.

“And it will provide an important Antarctic support capability to assist with our Southern Ocean monitoring.”

HMNZS Aotearoa will be a world-first naval ‘Environship’, with Hyundai using the Rolls-Royce Environship concept design under licence.

The design incorporates a new wave-piercing hull, which reduces resistance and lowers fuel use, while its combined diesel electric and diesel propulsion plant has lower fuel emissions than older vessels.

The design and capabilities of HMNZS Aotearoa were announced by the Ministry of Defence in 2016.

The cost includes the tanker’s enhanced ‘winterisation’ capabilities, such as ice-strengthening for operations in Antarctica, including resupplying McMurdo Station and Scott Base.

HMNZS Endeavour is not Antarctic-capable.

The Defence White Paper 2016 identified Antarctica a ‘focus on increasing international interest’ while noting the New Zealand Defence Force’s ‘critical role’ in supporting personnel in the Ross Dependency and monitoring activity in the Southern Ocean.

“Aotearoa will be the type of purpose-built, technologically enhanced asset that will add real value to our combat operations, humanitarian relief functions and our operational and training support,” Rear Admiral Martin said.

New Plymouth, Endeavour’s home port, will in turn be the home port for HMNZS Aotearoa, he said.

“This continues the longstanding relationship the RNZN has had with the Taranaki region, and its link to the sea.

“It also recognises the connection between the area’s oil and gas industry and the role of Aotearoa in providing fuel services.”

“As the representative of our Head of State, she is a fitting dignitary to launch the ship.”

The ship’s name is a deliberate nod to the famous battle cruiser HMS New Zealand, which took part in three maritime battles in the First World War.

“I’m proud that Aotearoa acknowledges what has gone before, but this time with a uniquely Kiwi flavour,” Rear Admiral Martin said. 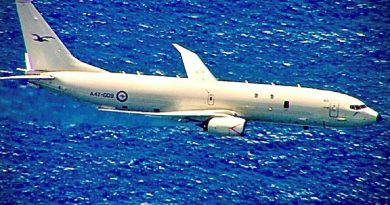 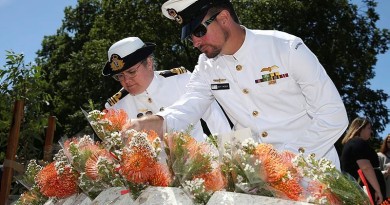