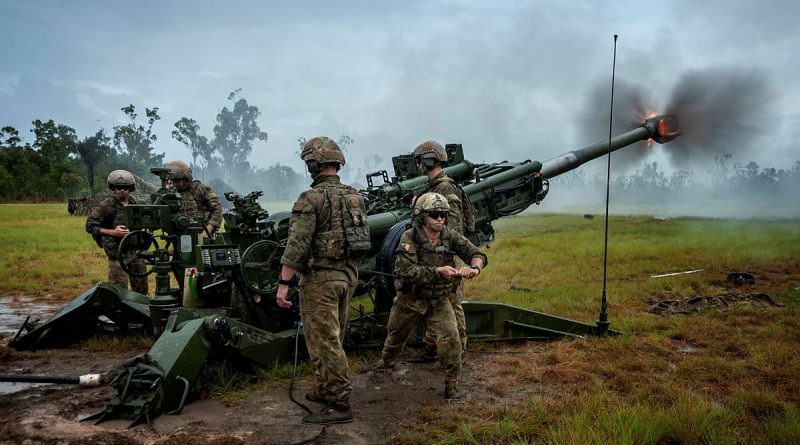 Personnel from the 1st Regiment, Royal Australian Artillery, have this month been back firing live rounds following the regiment’s support to Operation COVID-19 Assist last year.

Honing their skills and how they operate as batteries in the field, the regiment established the gun line before receiving fire missions to provide offensive support to other troops from the 7th Combat Brigade during Exercise Barce 2021 in the Shoalwater Bay Training Area.

Captain Declan James, from the 104th Battery, explained the processes his gunners were refining during the exercise.

“We’re training our teams on the employment on the Howitzer M777 Gun, and our ability to prosecute targets,” Captain James said.

“We commenced with three days’ dry fire and movement, shook off the cobwebs, and practised our tactical employment of the gun line, while the joint fire teams did their drills, observation post occupations, and tactical training.”

Captain James said getting to fire live rounds in the field was important to the battery, particularly after supporting Operation COVID-19 Assist throughout 2020.

“While our simulation training is great, you just can’t recreate some of the stresses out here, particularly when you’re live-firing the guns in difficult terrain and weather, and Shoalwater Bay has put on its show for us,” he said.

“It essentially increases the realism for the guys on the guns.

“Everything we do is about getting up to standard and being able to support other 7th Combat Brigade units with joint fires and effects.”

Bombardier Joseph Versteegh said the 104th Battery had made improvements in a short time, with his gunners working together like a well-oiled machine towards the end of the exercise.

“As we go through missions, we figure each other out. The more missions we do, the teamwork gets better, and we’re running pretty smooth now,” he said.

“It’s always good to shoot live, that’s the highlight of the job.” 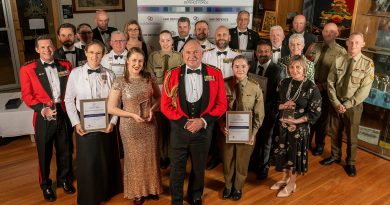 Outstanding reservist employers in the spotlight