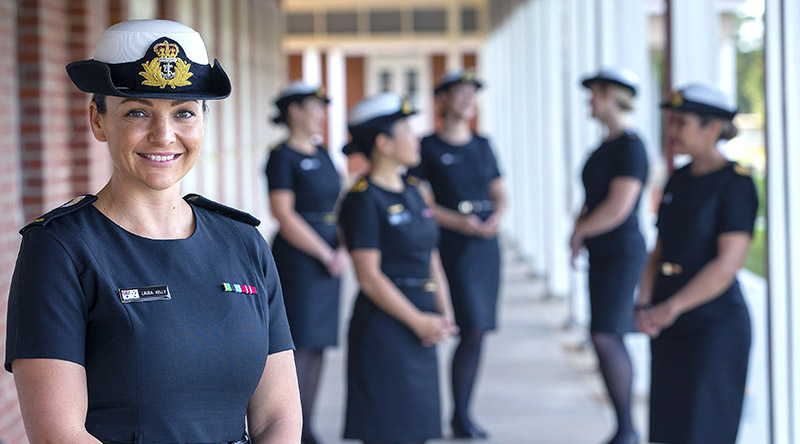 The dress is said to be modelled on the RAAF VIP aircrew uniform – the only photo of which we could find was this one of WOFF-AF Fiona Grasby ––>
at a meeting in Canberra in February.

Basic black in colour, the new Navy dress is short-sleeved, scoop-necked and knee-length, styled with a black belt and black shoes.

Navy says the dress was introduced after overwhelmingly positive feedback from a user trial – which is word-for-word what Army said when they introduced their version in August last year.

All current-serving female members are entitled to a gratuitous issue of two RAN black winter dresses and belts, with new enlistees receiving them on completion of respective initial entry courses.