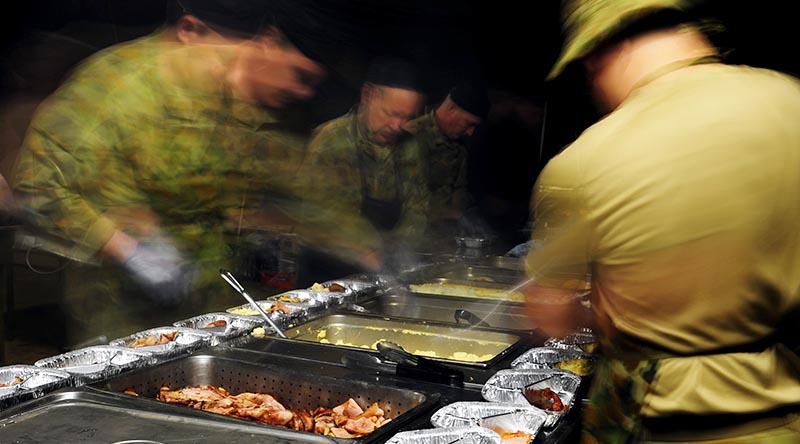 He had so many nicknames, tucker fu&%er and bait layer

But when an army marches on its stomach, he is the major player

Our cook could serve up anything, boiled, baked or fried

When the CSM would charge you, on evidence unfounded

Epsom salts in his coffee, would keep him truly grounded

No one knew who did it, the result was always swift

If stray cats were a plague, he always knew

When it was time to rustle up, a hearty rabbit stew

Even when a tuft of pelt, looked a little sus

Should unexpected troops arrived and leave him somewhat short

It didn’t seem to bother him, for this was his retort

Some extra flour and water, will feed the whole corps.”

One day he looked like death warmed up, all that was missing was the wreath

When he had finished throwing up, he couldn’t find his teeth

We didn’t see them anywhere, no matter how hard we did forage

Then, they were located, in the boiler with the porridge

He told us he’d won the seafood tray, but it had disappeared

It was discovered some days later, and it seemed so bizarre

Poor Cookie has long left us, to that cookhouse in the sky

He may not have worn a Michelin hat, but at least he had a try

Like so many of our company, he failed the final test

Some succumbed to their demons, Agent Orange took the rest

Generals receive the glory, for what their troops achieve

Aching hearts and memories, for loved ones left to grieve

A laugh is worth a thousand tears, as the years roll by

For they will never be erased, no matter how hard they try. 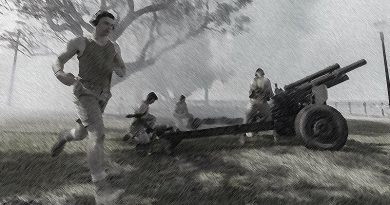 The guns are silent now – by Richard Davies