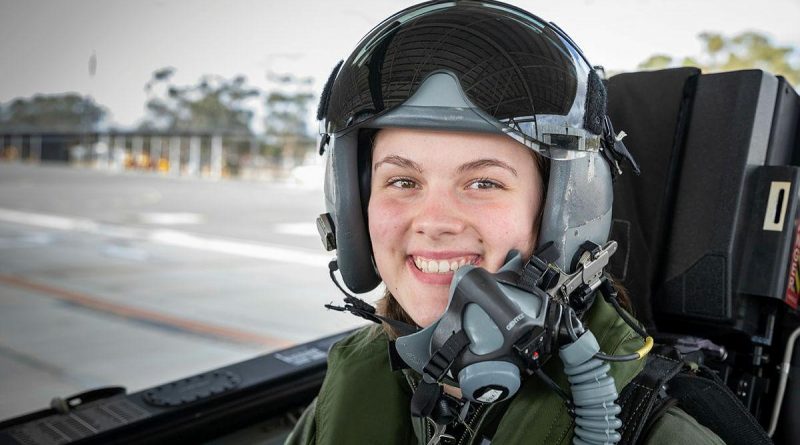 Australian Air Force Cadets (AAFC) Cadet Under Officer Grace Wilton was awarded a flight in an Air Force PC-21 during a cadet camp in recognition of her service.

The PC-21 she flew in on April 21 is one of the Aircraft Research and Development Unit’s (ARDU) newest aircraft at RAAF Base Edinburgh in South Australia and is regarded as one of the world’s most advanced pilot training aircraft.

“This was a truly memorable and amazing opportunity – the flight in the PC-21 was the best experience,” Cadet Under Officer Wilton said.

“I grew up in Nairne with No. 602 Squadron at Woodside Army Barracks only a 10-minute drive down the road.

“I’d say that joining cadets was one of the best decisions I ever made and it has shaped me as a young person for the better.

“I am proud that I have reached the highest attainable rank and grown in resilience while making great mates along the way.

“Holding the rank of cadet under office has given me the opportunity to experience staff duties while still enjoying the benefits of being a cadet.” Sixty cadets visited RAAF Base Edinburgh as part of the first AAFC general service training camp for the year.

Escorting the cadets on the day was ARDU’s Senior Operations Officer, Squadron Leader Darren Petherick, who passed on his knowledge to the younger generation.

“We were able to get the cadets up close and intimate with one of ARDU’s Pilatus PC-21 advanced training aircraft,” Squadron Leader Petherick said.

“The aircraft reflects just one small element of ARDU, so it was really great to have a chat with the cadets about ARDU’s broader mission, and the varied career avenues that bring people to the unit.”

South Australia is the hub for Air Force’s test and evaluation capability, with historic industry ties, proximity to world leading test ranges, and co-location with the Defence Science and Technology Group.

CAPTION: Members of the Australian Air Force Cadets in the Aircraft Research and Development Unit’s hangar during a visit to RAAF Base Edinburgh. Photo by Leading Aircraftman Sam Price. 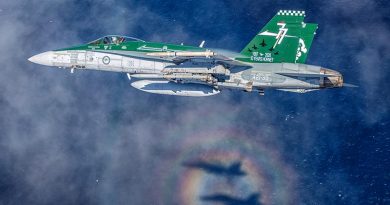 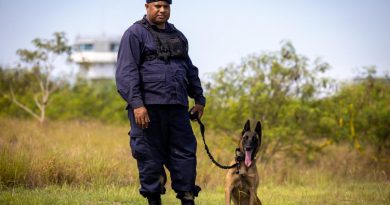