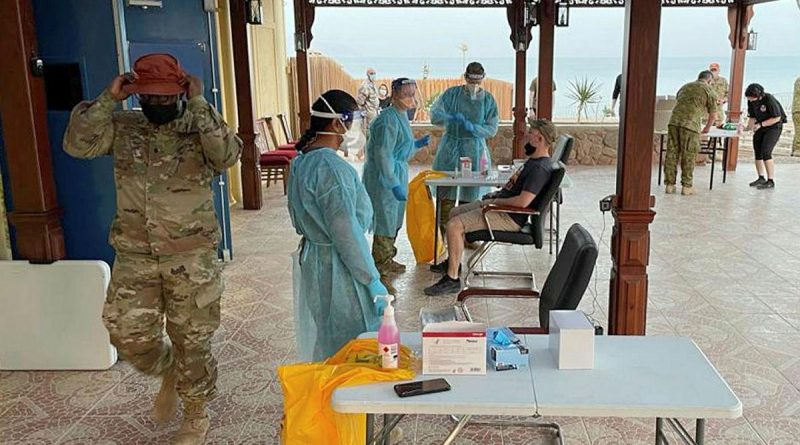 An Australian Defence Force medical team on April 8 deployed from Australia’s main operating base in the Middle East region to the Multinational Force and Observers (MFO) base in Egypt to help manage cases of COVID-19.

CAPTION: An ADF medical team from Camp Baird in the Middle East testing Multinational Force and Observers’ members in the Sinai for COVID-19. Story by Lieutenant Commander Andrew Ragless.

The team of six flew from Camp Baird to South Camp, Sinai, in an Air Force C-130J Hercules aircraft.

Their mission is to help the MFO identify the extent of the COVID 19 outbreak and work to contain it.

The MFO Sinai has an authorised strength of 1154 peacekeeping personnel from 13 troop contributing nations including Australia, New Zealand and Fiji.

Currently there are 27 ADF personnel, 30 New Zealand Defence Force personnel and 170 Republic of Fiji Military Forces personnel in the Sinai.

“The team will provide advice to the MFO on building an enduring strategy of how to keep the virus contained through a combination of surveillance, testing and contact tracing.

“This is a reminder of the importance of taking precautions and acting quickly to protect the mission and its people from the persistent threat of the global COVID-19 pandemic.”

The ADF team is providing medical skills, equipment and consumables to contain the spread of COVID-19, including rapid diagnostic polymerase chain reaction testing onsite, contact tracing and vaccination of Australian and some coalition personnel.

The team is also helping to build a health intelligence picture to guide operational decision making in conjunction with a resident US Army medical company using point-of-care antigen and antibody testing. 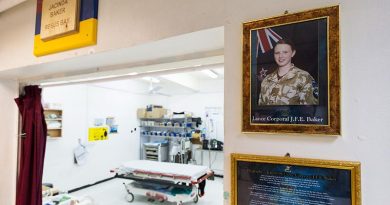