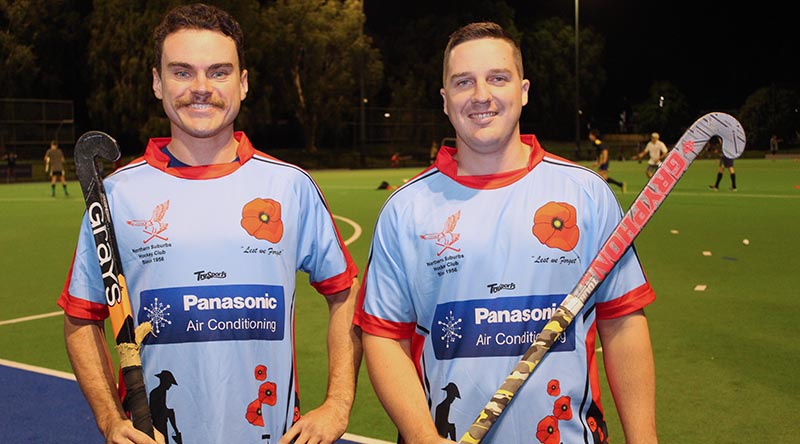 A Brisbane hockey club is honouring fallen Australian Defence Force members – including one of its own former players – Ashley Birt – with a special commemorative ANZAC Day jersey.

Northern Suburbs Hockey Club has a long and proud tradition of Australian Army personnel in its playing ranks, given the club’s close proximity to the Gallipoli Barracks in the neighbouring suburb of Enoggera.

The club has paid tribute to ADF members with its new Diggers Appreciation Day jersey worn in games on ANZAC weekend.

Designed by Norths players Jack Tucker and Tim Riggall with assistance from teammate and Australian Army Captain Aaron Evans, 16 Regiment, the jersey incorporates iconic ANZAC imagery including poppies, a soldier standing honourably over the fallen, and the eternal quote ‘Lest we Forget’.

The special jersey honours Corporal Ashley Birt, a former Norths hockey player who was killed on operations in Afghanistan 10 years ago.

“We endeavoured to create a jersey that is respectful and honours past and present members of the ADF who have represented our country so that we may live blessed and privileged lives,” Jack Tucker said.

“We hope that our small initiative helps commemorate our Defence Force members and anyone who has served our country in some way, shape or form.

“We feel very fortunate to wear this design and will do our utmost to represent their honour with dignity and pride, just as they have nobly done for us and Australia.”

He said part of the purpose of the Diggers Appreciation Day commemoration was to raise awareness of people’s mental health.

“I cannot personally begin to grasp the desperation one must feel when experiencing war on a battlefield so far from home, or the turmoil inherited from the experience,” Jack said.

“It is vital that everyone looks after each other.

“We are all mates and the courage it takes to ask someone if they are okay is small in comparison to the courage displayed by all those who have experienced war.”

Norths is also raising money for Cor Infinitus, whose purpose is to provide dignity and respect to the families of ADF personnel who have taken their own lives. The organisation also aims to break down the stigma around mental health for serving and veteran defence force members.

Corporal Ashley Birt was killed on operations in Afghanistan on 29 October 2011. 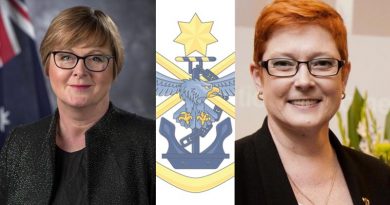