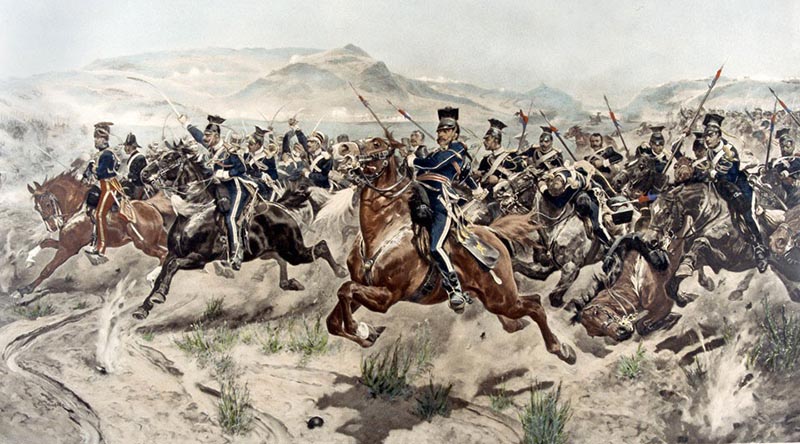 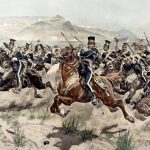 Lord Cardigan led an army
Which he dressed to look right smart.
So that even if they could not fight
They’d damned well look the part.

The Fourth, the Thirteenth Light Dragoon’s,
The Eighth, the Eleventh Hussars, all made,
If you include the Seventeenth,
What then was called The Light Brigade.

Mounted, fast, but lightly armoured;
Launched at guns as they retreat.
And cutting down the infantry
With thrusting Lance if e’er they’d meet.

And Brudenell, who’d made the boast,
And dressed his men to please his sight.
His officers? Yes, they looked like fops;
But make no bones, those men could fight –

Lord Raglan wishes the cavalry to advance rapidly to the front, follow the enemy, and try to prevent them carrying away the guns.

General Raglan drafted orders,
He could see what should be done.
He sent to Lucan via Nolan,
Ordering him to charge the gun.

But Lucan redirected Nolan,
‘Speak to Cardigan’, the man
Who, when told ‘attack the Russians’,
Said ‘Well, if you think I can.’

‘But which guns does my lord desire
We charge, what does the General say?’
And though he full knew where the guns were,
Nolan waved a different way.

Well may you ask why did he do it.
Was Nolan not an honourable man?
We will never know the reason.
Ponder that as best you can.

Meanwhile the men sit restless mounts
Which shuffle, snort, dressed by the right.
Tossing heads, their reins held loosely,
Each and all can sense the fight.

What Cardigan (called Lord Haw, Haw)
Thought at the time it’s hard to tell.
But someone heard him murmuring
‘This charge will finish Brudenell.’

Then he wheeled about on Ronald,
Drawing forth an untried blade.
He trotted out to centre front
Of those they called the Light Brigade.

By troop by squadron, sabres drawn.
Hussar and Lancer, Light Dragoon,
Each regiment Royal duty sworn
Each man to die and that but soon

And on whose flanks there lay high ground,
From watching Russian comes no sound.
While in the valley still and hot
Rings out the order, ‘Walk-march, trot – ‘

And as we canter forth the guns begin
To range with ball this Light Brigade, for history shaped.
Poor Nolan lies with rictus grin,
The first one dead, the first life raped.

The thunderous noise, the gathering mist;
Hold in your horse, dress by the right;
Your sabre drill, your strength of wrist,
Will see you through the coming fight.

The Thirteenth point, their sabres reach.
The Seventeenth, their levelled lances;
Close in you bastards, fill that breech,
Adjust your dressing (sidelong glances).

And in the crashing, frenzied fight;
Milling shapes that cut and thrust
And loom and rage and loudly cry in fright,
Swiping, slashing as they must.

But some are through.
As from the melee we can hear the shout,
(Mrs. Dubberly sips her tea; admires the view.)
Ho, Light Brigade, form threes about.

Whimper the wounded crouched in pain.
Screams the horse again, again.
These are the victims, these and the slain.
Pray let the memories all remain.

FILE IMAGE: The Charge of the Light Brigade by Richard Caton Woodville Jr, oil on canvas, 1894. Commissioned by the Illustrated London News, the artist completed The Charge of the Light Brigade as part of a commemorative series portraying famous British battles. The painting, which depicts the head of the charge with Lord Cardigan alongside the 17th Lancers, is now part of the permanent holdings of the Palacio Real de Madrid, the official residence of the Spanish royal family. 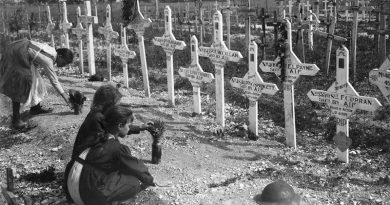 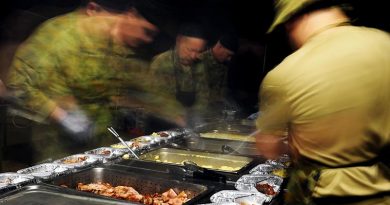