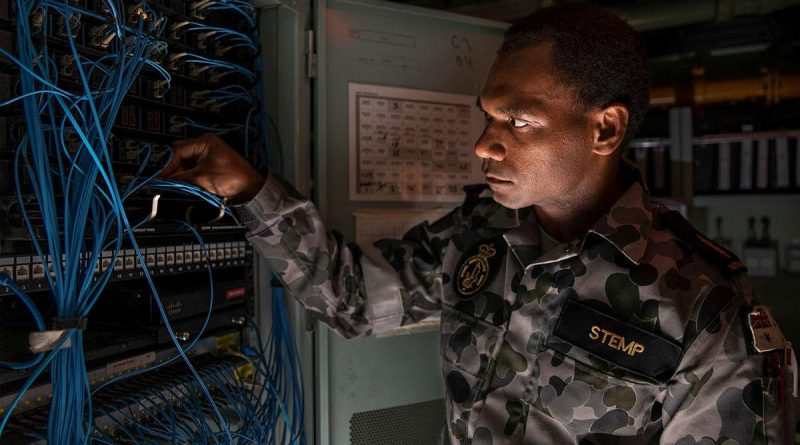 Able Seaman Duncan Stemp said his recent return to his birthplace on Manus Island, Papua New Guinea, as a Royal Australian Navy sailor was one of the proudest days of his life.

While some of his extended family have served in the PNG Defence Force, he is the first to serve in the Australian Defence Force – and his relatives couldn’t be happier.

“They were super proud of me,” Able Seaman Stemp said.

“I hadn’t been back on Manus for 12 years, so when my family learned that I was a communications and information systems operator in the Australian Navy, it was the talk of the village.”

His parents moved from Manus Island to the small town of Julatten in the Atherton Tablelands region of Far North Queensland in 2002.

Able Seaman Stemp went to Mossman State High School, where he excelled at rugby league and soccer, making it to state level in the latter.

He was also able to retain his cultural traditions, joining the Cairns-based Manus Island Traditional Dancing Group and regularly performing at events.

However, it was his love of playing around with and fixing computers that led him to complete a Diploma in IT through North Queensland TAFE and then join the Navy.

“When I was younger, I would often see the Navy hydrographic ships in and around Cairns, but I never thought at the time that I would join Navy myself,” Able Seaman Stemp said.

“However, after studying information technology and networking at TAFE, I needed a way to gain experience and the Navy offered that, along with a lifestyle that appealed to me.”

He currently is on his first deployment, which is taking him to South-East Asia and the north-east Indian Ocean.

“I’m getting a lot of on-the-job experience in a variety of roles, providing IT support and helping to troubleshoot the network when there is a technical issue,” he said.

“It’s a challenging role but it’s giving me new skills and experience.”

While he has ambitions to move into new roles in networking and cyber security, Able Seaman Stemp also has big ambitions in soccer with Defence.

“One of my dreams is to play soccer for Defence at the top level. I’ve had a few trial games,” he said.

Age no barrier to joining the ADF

Fourth generation to join the Army