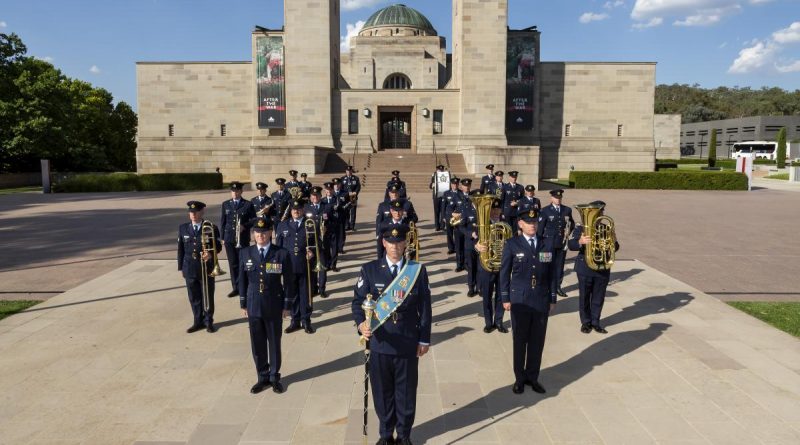 The Air Force Band will play a prominent role in marking the March 31 centenary of the Air Force, with performances at centenary events.

CAPTION: The Air Force Band in ceremonial formation on the forecourt of the Australian War Memorial in Canberra.

The band’s Executive Officer and Director of Music, Flight Lieutenant Aaron Michael, said Air Force Band’s participation in the events would add to the sense of occasion.

“The band’s presence will amplify the atmosphere of excitement and pride and we will continue to commemorate our Air Force centenary throughout the year, with something special planned for August,” Flight Lieutenant Michael said.

The Air Force Band has a history almost as long as Air Force. It was back in 1923, two years after the establishment of the Royal Australian Air Force at Point Cook in Victoria, that a part-time band was formed by volunteer airmen.

At the time, Air Force Band’s primary role was to perform at ceremonies and grand military reviews such as the opening of Parliament House in Canberra in 1927.

Commanding Officer Air Force Band Squadron Leader Mark Pentreath said that in the early days, part-time brass bands were formed with personnel from within the squadrons.

“Today, the Air Force Band is recognised as a diverse, world-class military band that provides a musical and ceremonial capability for the Air Force and the Australian Defence Force,” Squadron Leader Pentreath said.