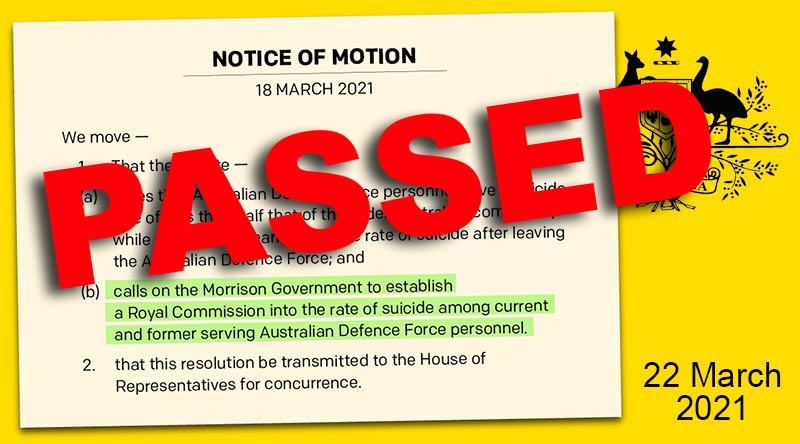 The Senate motion that called “on the Morrison Government to establish a Royal Commission into the rate of suicide among current and former serving Australian Defence Force personnel” passed the Lower House this evening, unopposed.

‘Debate’ on the issue was long and passionate – though ‘debate’ was almost a misnomer, given that every member spoke in favour of the motion.

Suicide Royal Commission campaigner Julie-Ann Finney was in the public gallery to witness the debate and the eventual vote.

The debate began before noon today, was adjourned at 1.30pm to allow question time to proceed as scheduled, and resumed again shortly after 3pm.

The vote – which, frankly, came and went as somewhat of an anti-climax, which CONTACT almost missed – was held shortly before 6pm.

“All those in favour say aye, all those against say no – I think the ayes have it. The ayes have it,” the acting Deputy Speaker of the House said, without pause, before calling on the Clerk of the House to proceed to the next order of business.

And just like that, it was over – except, we’re sure, for much celebrating – and asking “now what”.

The passage of this motion through both houses of parliament is very symbolic, but not binding.

Today’s vote only means that The House acknowledged The Senates motion – it is now up to the government (i.e. Prime Minister) to say yes or no to actually establishing the Royal Commission.

One would have to think it will now happen, though, given that The Senate and The House passed the motion unopposed – including by the PM. 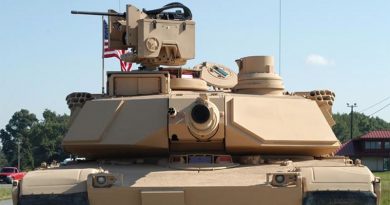 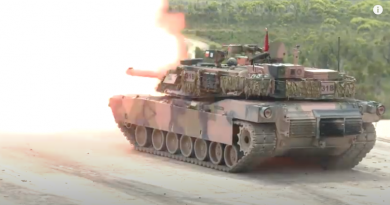