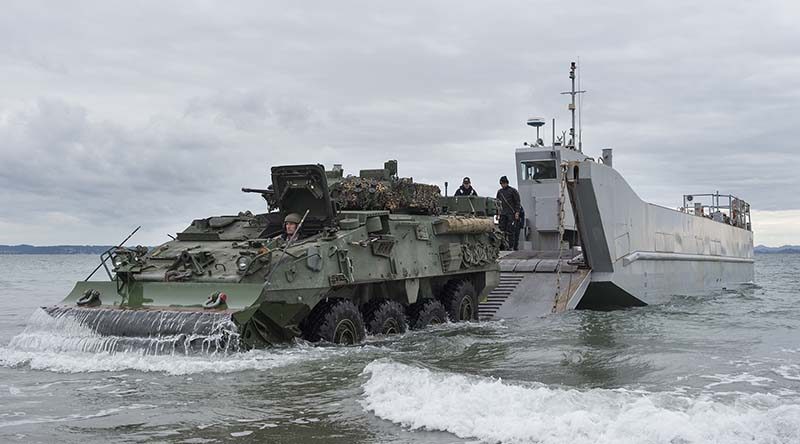 The field phase of a New Zealand Defence Force amphibious operations exercise involving all three Services this week is under way at Army Bay, north of Auckland, with a beach landing and advanced assault training.

Exercise Joint Waka is aimed at training and testing the NZDF’s capabilities for amphibious operations and  involves the Navy’s amphibious support vessel HMNZS Canterbury, soldiers from 1 Brigade at Linton, and three NH90 helicopters from No 3 Squadron at Ohakea.

“The ability to work together seamlessly and with maximum efficiency is a cornerstone of a successful deployed joint force that can deal with any of the contingencies we face at home and overseas including natural disasters and humanitarian crises,” Major General Gall said.

“Joint Waka also ties in with Exercise Southern Katipo, our major international exercise in New Zealand later this year, which will be a further opportunity for the three Services to conduct integrated training in a simulated deployed environment.” 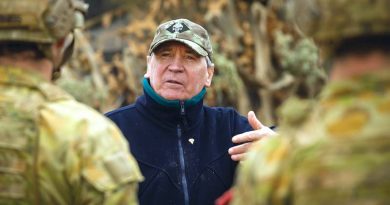 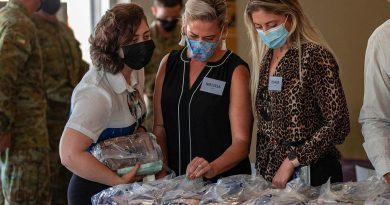 DVA staff given a taste of Army life