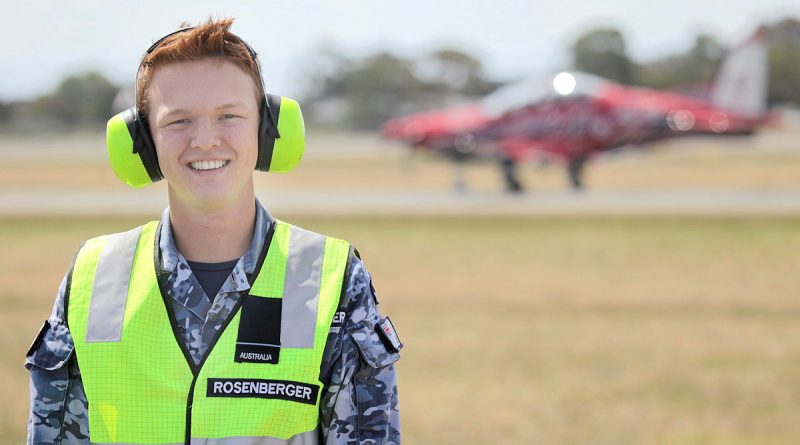 Born in Indonesia, Flying Officer Ryan Rosenberger has called Queensland home since he was eight years old and decided on a career in engineering after finishing school in 2014, leading to some amazing opportunities.

His father, a paratrooper in the United States 173rd Airborne Brigade who served in Vietnam, was an influence for Flying Officer Rosenberger as he decided to pursue a career in the ADF.

“I am the first in my family to serve in the Australian Defence Force and it was a really effective way to get a good start in my adult life,” Flying Officer Rosenberger said.

“The training I received through ADFA has allowed me to earn an engineering degree and provided me with an amazing salary whilst studying.

“Looking back at my decision to join Air Force, I think I was drawn to the technical mastery expectation placed on its members.”

A base airfield engineering officer at RAAF Base East Sale, Flying Officer Rosenberger ensures analysis of relevant infrastructure maximises functionality of the airfield.

“In my present role I acted as the end-user representative for Air Force on a multimillion dollar national airfield works program rejuvenating the RAAF East Sale airfield,” he said.

A key staging post during Operation Bushfire Assist, RAAF Base East Sale worked closely with government and non-government agencies and international partners. Flying Officer Rosenberger was appointed as the airfield management section leader for the operation.

“Air Force presents you with amazing opportunities to assist the public that you wouldn’t be able to do in the civilian sector,” Flying Officer Rosenberger said.

“During the operation my primary role was to deconflict the major infrastructure project and ADF support effort based in East Sale to ensure that RAAF East Sale was able to provide as much support as possible.

“I also had the opportunity to design the layout for the temporary surge accommodation at East Sale and assist with the siting of the deployable catering capability near Orbost, Victoria.

“I think that being a part of such a young branch of the military gives me the opportunity to have an influence on the direction of the service and really be a part of the service’s development.

“Looking back on our history, I am impressed by our works squadrons of World War II which were employed to harden critical defence locations in Darwin, Coomallie Creek, Bathurst Island and Livingstone.

“Under-resourced and working in adverse conditions, these works squadrons repaired runways, camouflaged and sealed fighter strips and splinter-proofed revetments in and around critical infrastructure.

“This demonstrated the criticality of having construction Squadrons in Air Force.”

Air Force will mark its centenary on March 31. For further information, visit www.airforce.gov.au/100. 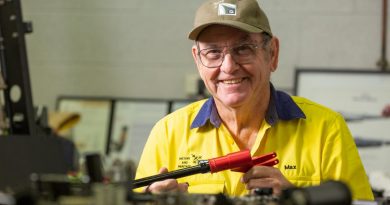 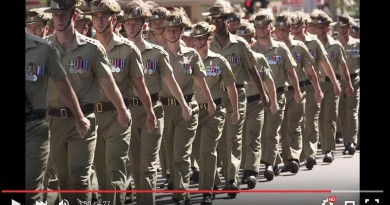