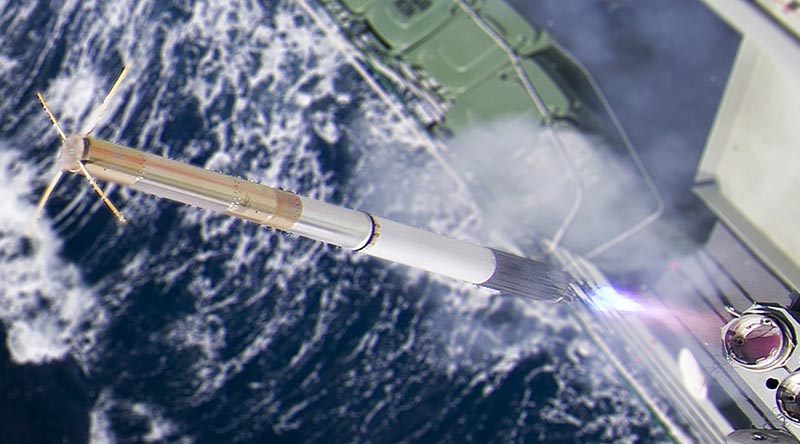 BAE Systems Australia has been awarded a five-year $150million contract to provide in-service support and round production of the next generation of Nulka decoys and launcher systems.

Nulka is a hovering-rocket-based decoy system that, when deployed, protects ships against anti-ship missiles, by giving the incoming missile’s guidance system a false electronic signal to make it think the ship is actually ‘just over there’, luring the missile away from their intended target.

The system invented in Australia and first installed on Royal Australia Navy ships in the late 1990s and is currently fitted to the Canberra-class LHD, Anzac-class frigates and Hobart-class air-warfare destroyers.

As well as Australian, it is also now fitted to American and Canadian ships – in fact, more than 150 in total – including Nimitz-class aircraft carriers.

Nulka has been deployed at least once in anger, by USS Mason off the cost of Yemin in 2016.

Mason – in company with amphibious transport ship USS Ponce – was attacked by two cruise missiles and successfully defended both ships with Nulka and defensive missiles.

The incoming cruise missiles both hit the water without being hit by the outgoing rockets, but the US DoD wouldn’t say whether that was because of Nulka or not.

In any case, the US Navy is very happy with Nulka – as are the Canadians – and the Aussies, of course.

This new contract will also see the next generation of Nulka fitted to the Royal Australian Navy’s new platforms, such as the Hunter-class frigates.

Despite Nulka’s longevity and established pedigree – and despite this support contract being issued by Defence and required regardless of who was in power, Minister for Defence Industry Melissa Price claimed it as a “Morrison Government investment”. 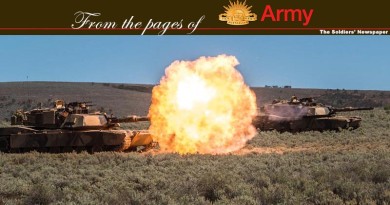 1 Bde on the road to ready 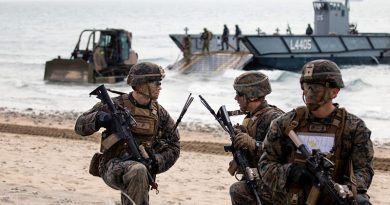 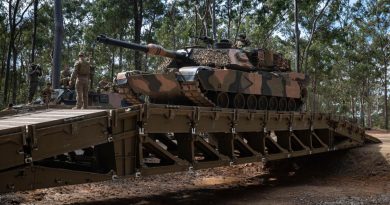