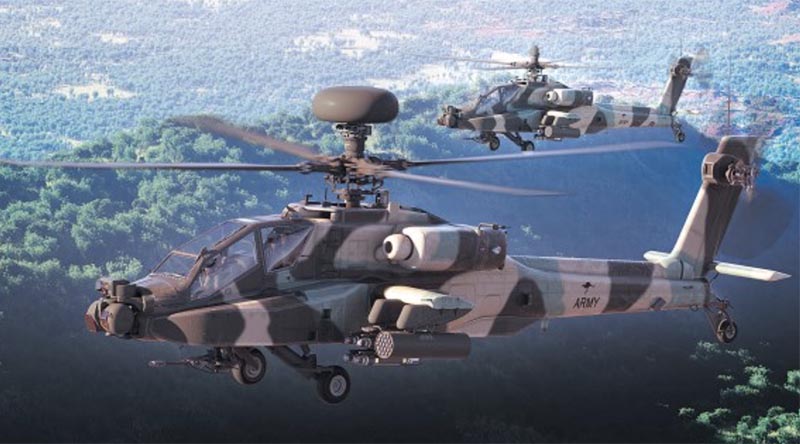 ARMY Newspaper confirmed a key detail today that was missing from Defence Minister Linda Reynolds’ press release on 15 January – Army will acquire up to 29 AH-64E Apache Guardians to replace its existing 22 Tigers.

The seven extra platforms is enough to raise a whole new squadron, but no details have yet been announced.

Another detail which is unclear is whether all – and if not, how many – of the new helicopters will be fitted with the ‘Longbow’ fire-control radar, distinctive above the main rotor, but missing from one aircraft in the artist’s rendering published today by ARMY Newspaper.

There’s also no word on how much this acquisition project cost.

But we do know that Apache – apparently in AusCam colours – will replace the beleaguered Tiger as Army’s armed reconnaissance helicopter starting from 2025.

According to ARMY Newspaper’s report, the Apache is planned to enter service with 1st Aviation Regiment from the mid-2020s, with the Tiger helicopters to be operated and supported until their planned withdrawal in 2028.

“Apache was chosen over other helicopters after meeting the criteria of being a mature, off-the-shelf system,” she said.

“By pursuing a proven and low-risk system in the Apache, Defence will avoid the ongoing cost and schedule risk typically associated with developmental platforms. 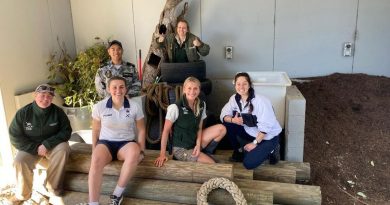 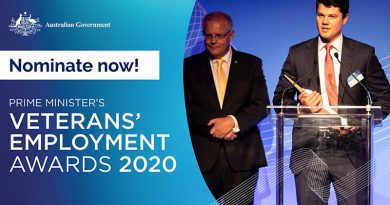