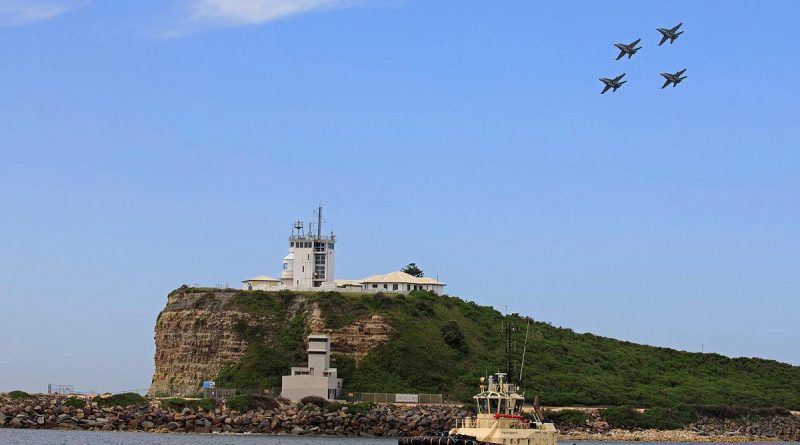 An eight-ship formation of F/A-18A/B Hornets filled the Williamtown skyline in a fitting farewell to the aircraft as it was retired from No. 77 Squadron on December 11.

CAPTION: A formation of four F/A-18A/B Hornets over the lighthouse at Nobbys Beach in Newcastle. Photo by Corporal Brett Sherriff.

With the squadron transitioning to the F-35A Lightning II this month, Air Force’s only remaining Hornet squadron is No. 75 Squadron at RAAF Base Tindal, Northern Territory.

Warrant Officer Engineering No. 77 Squadron Tony Collie said he had a long and unique history with the aircraft.

“I arrived at 77 Squadron in August 1988 as an aircraftman engine fitter while the unit was still in the process of receiving the new aircraft from final assembly in Melbourne,” Warrant Officer Collie said.

“I vividly remember to this day how good it was to marshal a brand new aircraft, A21-045, into our flightline and inspect such a pristine aircraft.

“77 Squadron was my first unit working on the Hornet – on arrival as an aircraftman, the new Hornets were still being commissioned into service, and now as Warrant Officer Engineering, I’m transitioning the Hornet out of service at the same squadron.

“I feel privileged that history has aligned for me to achieve my minimum and maximum enlisted rank on the same aircraft type at the same squadron.”

In that time, they have deployed on a number of operations, including Operations Falconer and Okra – the first operational deployment of fighters since the Korean War.

Warrant Officer Collie said his experience with the F/A-18A/B Hornets on Operation Falconer, in the Middle East in 2003, would stay with him.

“The whole experience to prepare aircraft and equip ourselves for operational deployment was extremely exciting,” Warrant Officer Collie said.

“I gained a firsthand perspective of how a team could operate and achieve a goal when we had a common purpose, we just got on with the task.”

The F/A-18A (single seat) and F/A-18B (twin seat) Hornets are a multi-role fighter aircraft, capable of air-to-air and air-to-ground missions. They have been an integral part of Australia’s air combat capability.

Warrant Officer Collie said it had been an exciting part of his Air Force career and was looking forward to their new chapter with the F-35A.

“I feel extremely privileged to be involved within the lifecycle of our Hornet. I definitely feel a part of its contribution to the Air Force,” Warrant Officer Collie said.

“I am excited to see what potential we will be able to achieve by mixing state of the art technology with the F-35A and highly motivated, lateral thinking and innovative men and women in Air Force today.

“I am looking forward to witnessing the capability increase that the F-35A will offer Defence as a whole after we mature from platform transition.” 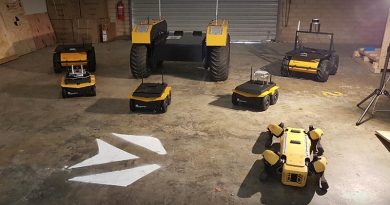