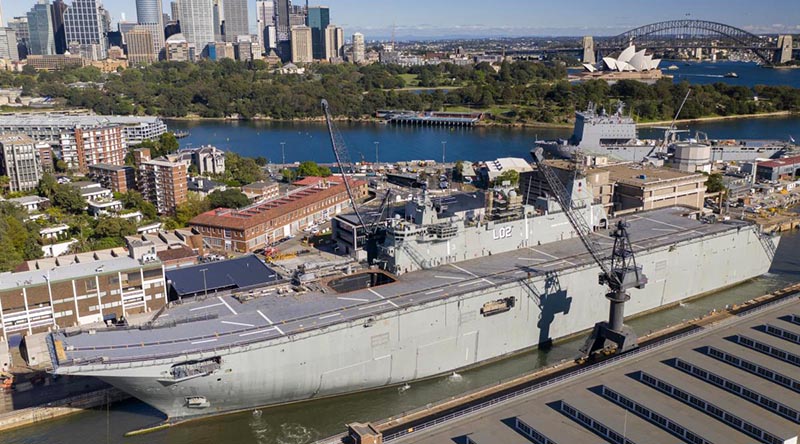 One of the Royal Australian Navy’s largest ships, the landing helicopter dock HMAS Canberra, has entered the Captain Cook Graving Dock at Garden Island, Sydney, for a major spruce-up.

“HMAS Canberra is conducting an important five-yearly docking and it is the first time this deep level of maintenance will be undertaken since the vessel was commissioned in 2014,” Lieutenant Shrestha said.

Tasks to be undertaken include preventative maintenance, ship’s class and navy certifications, rectifying defects, completing engineering changes and improving the material state of the ship.

The ship’s appearance will also change in colour from the current Shipside Grey to the new Haze Grey.

Paintwork will also include above and below the waterline preservation along with flight-deck and weather-deck maintenance.

These activities depend on the dry dock and require extended availability of the ship to action necessary changes.

“The extended maintenance period will enable the Royal Australian Navy to remain fully capable and fulfil humanitarian aid and disaster relief commitments for the Australian government as well as other numerous operational tasks planned for HMAS Canberra,” Commander Wilson said.

Canberra has had a busy year deploying to the South Pacific and conducting exercises off the east coast of Australia.

Following the extended maintenance period the ship will return to the fleet for work-ups and future deployments. 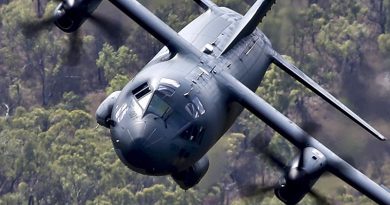 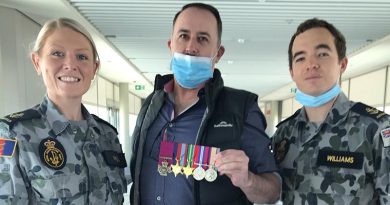