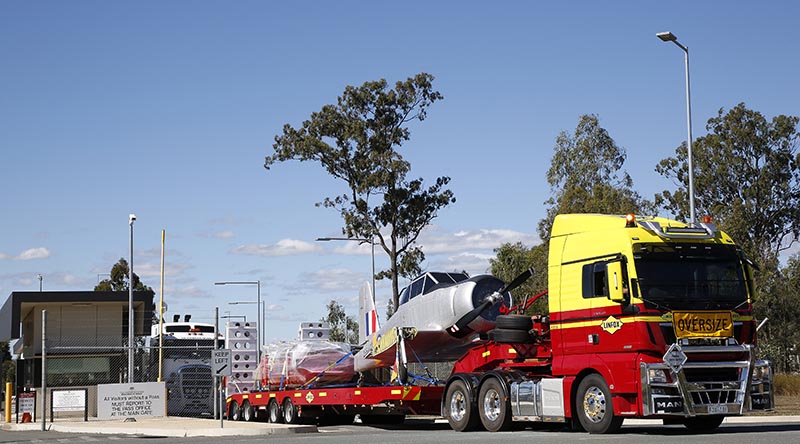 A couple of days ago we told you about two RAAF aircraft scheduled to move by road convoy departing at a quarter past midnight tonight.

CAPTION: Winjeel A85-403 departs RAAF Base Amberley on its way to Townsville – or is it? Photo (with ambiguous caption) by Corporal Colin Dadd.

Well, according to official Defence News published this morning, the two vintage RAAF aircraft have already made their 1800km road journey from RAAF Base Amberley in Ipswich to their new home in Townsville.

Defence even supplied photos of the aircraft on trucks on a public road, captioned “being transported from RAAF Base Amberley to RAAF Base Townsville, Queensland“.

Jokes aside – let’s assume that the story about the arrival in Townsville was pre-written and published too early, in error – and that the road move will go ahead as planned tonight.

Both aircraft were loaded onto the flatbed trucks at RAAF Amberley on Wednesday, 29 July. The Winjeel was then transported off base to the LINFOX depot in Brisbane.
The Mirage was moved off base (Amberley) this morning, Thursday, 30 July.
The timings for the Mirage convoy are [as listed in our original story]. As it is a wide load, it will have a police escort all the way to Townsville.
The Winjeel will depart from the LINFOX depot sometime on Friday, 31 July. 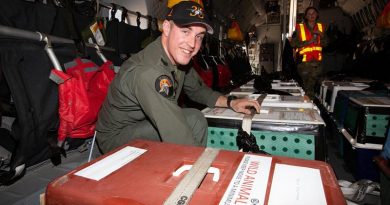 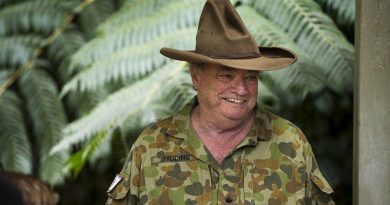 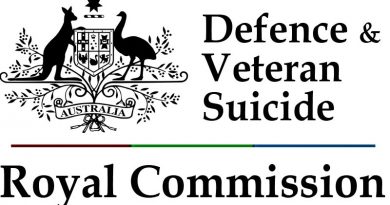