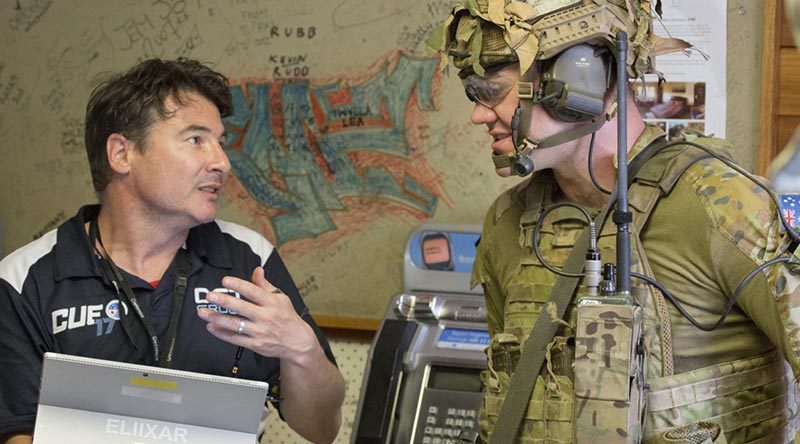 Defence scientists from five nations are working alongside Army and RAAF personnel in a field research activity now underway in Adelaide.

CAPTION: A Defence Science and Technology employee debriefs a soldier after an activity during the 2017 Contested Urban Environment Strategic Challenge at the old Adelaide Dental Hospital, South Australia. Photo by Corporal Craig Barrett.

The Contested Urban Environment Strategic Challenge (CUE Adelaide 17) is being conducted at the old Adelaide Dental Hospital and at RAAF Base Edinburgh and involves 80 researchers from Australia, New Zealand, the United Kingdom, Canada and the United States.

They are supported by more than 100 Australian Defence Force members from Army’s 7RAR, 1ACR, 16ALR and 10/27RSAR, and RAAF’s 87 Squadron.

The purpose of CUE Adelaide 17 is to investigate new and emerging technologies that can improve the intelligence, surveillance and reconnaissance capabilities of soldiers when operating in cities during conflict to minimize risk, especially to the civilian population.

One wing of the old Adelaide Dental Hospital has been turned into an operations centre where international researchers have begun monitoring soldiers as they test new technologies in mock operations around the old hospital.

The area around the old Dental Hospital has been signposted and the public has been advised they may see ADF personnel in the area carrying military equipment, including (unloaded) weapons, while participating in CUE17.

CUE17 forms part of multi-year program run by The Technical Co-operation Program, of which Australia is a member. 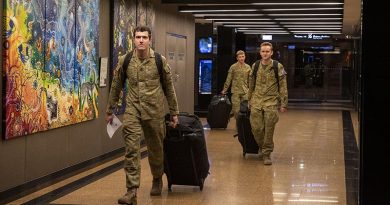 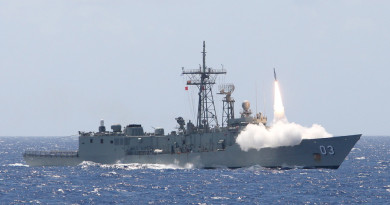