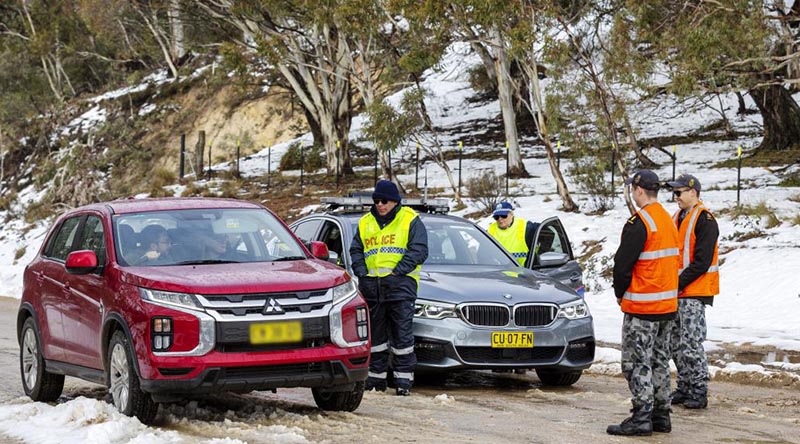 Heavy snow was a highlight for many of the 120 Royal Australian Navy personnel deployed on Operation COVID-19 Assist in the Alpine region’s town of Jindabyne.

He said the heaviest snow fall in the town in 10 years was an unexpected surprise.

“Police had to get an excavator to clear the roadway and they had a nice fire going for us,” Lieutenant Logan said.

“The community has been fantastic too – they delivered firewood and food to us.”

Lieutenant Logan said land operations were different for a lot of Navy personnel, but they were always keen to help.

“With bushfires this year, we’ve been lending a hand quite a bit,” Lieutenant Logan said.

“While there’s no salt water, there’s plenty of fresh water around – it’s just caked in snow at the moment.”

“We’re proud to be supporting police and the Australian community during this crisis.”

About 500 ADF personnel are supporting the NSW Police Force at about 20 border control points across more than 1000km of the NSW and Victoria border, to prevent the spread of COVID-19. 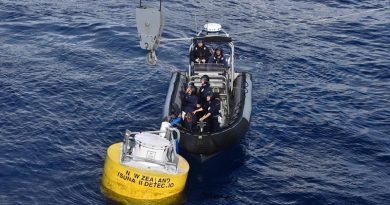