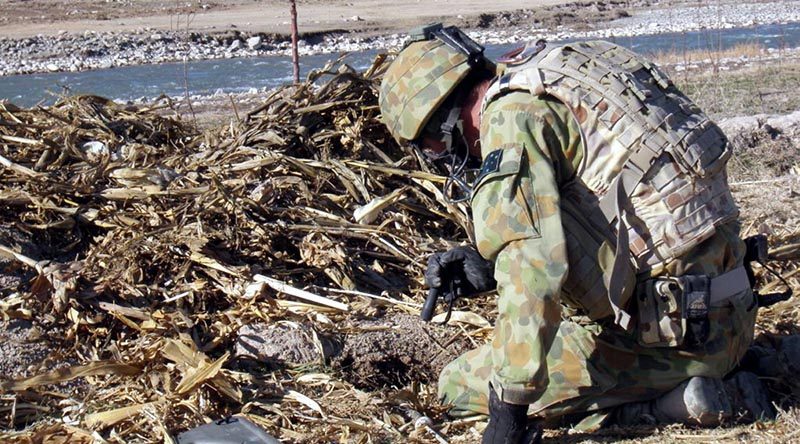 Deep in the jungles of Bougainville, Warrant Officer Rodney Amos carefully examines the densely vegetated ground in front of him with an electromagnetic detector and prodding tool.

He is on an emotional roller coaster of fear and excitement. Adrenaline is rushing through his body.

“Our primary task was to clear Allied defensive minefields to the west and east of Torokina,” Warrant Officer Amos said.

On the eve of International Mine Awareness Day, on April 4, Warrant Officer Amos spent time reflecting on his experiences during Operation Render Safe in 2014.

His painstaking efforts were vital in protecting the lives of local villagers.

“Fragments from a number of mines were found throughout the area indicating that many had detonated over the years,” Warrant Officer Amos said.

“This could have been due to animals or fallen trees, but also, very tragically, due to people from nearby villages. We located and destroyed more than 20 live mines.”

Air Force’s mine clearance capability sits proudly within No. 65 Squadron.

Headquartered at RAAF Base Townsville, the unit’s remit is Air Base Recovery (ABR) and its Commanding Officer, Wing Commander Stuart Mattner, is quick to emphasise the necessity of mine clearance in the delivery of ABR.

“Land mines can inhibit the reactivation of disused airbases and so detecting and clearing those munitions is a crucial part of ABR.

“Equally, the ability to detect and clear mines placed by an adversary is paramount toward the repair of airfield infrastructure and recommencement of air operations.”

Most of No. 65 Squadron’s ABR EOD Technicians, including one of its most experienced members, Flight Sergeant Shaun Cranfield, are located at Defence Establishment Orchard Hills in the western outskirts of Sydney.

“Without a mine clearance capability, Air Force wouldn’t be able to recover airfields across the full spectrum of possible situations and this would limit our ability to project air power.”

Make no mistake, mine clearing is not a job for the faint-hearted. Patience, nerves of steel and a methodical approach to work are essential qualities in these courageous operators.

“Mine clearing is slow and considered work, it can take hours to clear a path just a few feet long,” Flight Sergeant Cranfield said.

“It’s mentally, emotionally and physically demanding, with long days in tough conditions which can range from deserts to jungles, and from mud to snow. And of course there’s the complex explosive device that you’re responsible for detecting and clearing.

“But all that said, the camaraderie and unique nature of the challenge are like nothing else, and it’s why we love what we do.”

Warrant Officer Amos couldn’t agree more and likened mine clearing to a game of chess.

“Each of your moves is planned such that you can ‘corner’ the device and safely destroy it – checkmate!

“It’s a job like no other in the military, full of fantastic highs and some horrifying lows, but something I am fiercely proud to have been a part of.” 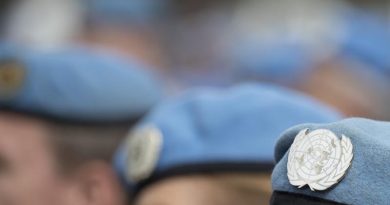 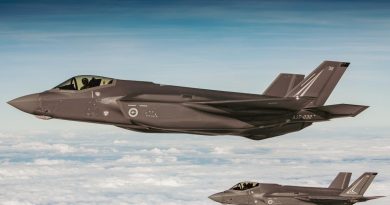 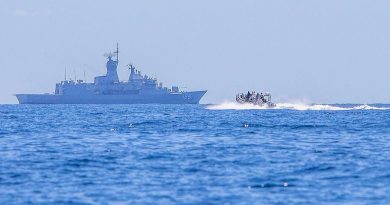