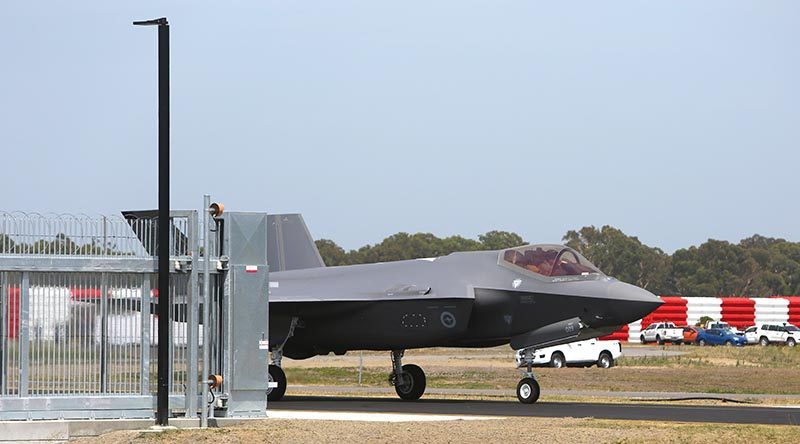 Defence is investigating an incident at RAAF Base Williamtown that left an F-35A Joint Strike Fighter with ‘minor damage’ last week.

CAPTION (10 December 2018): A35-009 taxis through the gate to its home compound at RAAF Base Williamtown for the first time. Photo by Brian Hartigan.

Defence has confirmed to CONTACT that an incident occurred at RAAF Base Williamtown whereby an F-35A was impacted by a closing security gate as the aircraft taxied from its parking bay.

“There were no injuries to personnel and minor surface damage to the aircraft, which will be repaired shortly,” a Defence spokesman said.

“The incident is being investigated in accordance with aviation safety investigation processes.

“This investigation is being conducted to identify the causes of the incident and any corrective actions and mitigation measures required to prevent re-occurrence.”

While Defence described the damage as minor, CONTACT is happy to speculate that the incident was relatively significant, given the stealth characteristics of the $100million aircraft.

But, I guess it will also afford RAAF and its supporting defence-industry partners a valuable, if unwelcome, learning experience in delicate and intricate aircraft surface repairs.

Our sincere thoughts go out to the poor soul who pushed the gate-close button a tad early. The L&D won’t be minor. 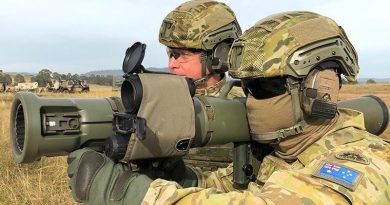 Greater accuracy for DFSW on the way 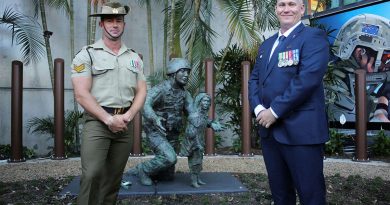 One thought on “RAAF F-35A damaged in Williamtown ground incident”