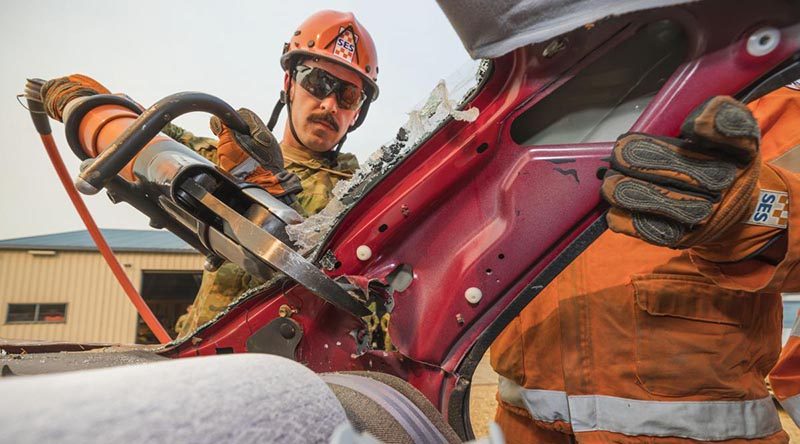 Soldiers took the opportunity to learn about Victoria’s State Emergency Service road-crash rescue equipment during a skills exchange in Bright.

CAPTION: Private Andrew Cuttler, of the 5th/6th Royal Victorian Regiment, helps a State Emergency Service volunteer use the ‘jaws of life’ during training at the Bright SES depot. Photo and story by Corporal Sebastian Beurich.

Taking same time out from helping the local community on 11 January, the Victoria-based 4th Brigade soldiers showed the SES volunteers through their Bushmasters and in return were shown some of the specialised search-and-rescue skills held by their counterparts.

Private Andrew Cuttler, 5th/6th Royal Victorian Regiment, who works as an emergency nurse in his day job, had the opportunity to use the ‘jaws of life’ to peel the roof of a car.

“Getting behind the jaws of life was definitely an experience you don’t get often, but it’s a lot different to what I thought – the hydraulics really do all the work,” Private Cuttler said.

“Seeing the amount of effort that goes into extracting a casualty from a vehicle really gives you an appreciation of how delicately they treat casualties.

“I’ve never really seen that side of road rescue before, so when I transition back to my role as a civilian nurse, having exposure to such a delicate rescue will make me value the time and effort it took to extract the casualties to minimise further injury.”

“Especially for a lot of the guys who are Melbourne based, SES is normally thought of as the people who are putting tarps on roofs, cutting up trees or helping out in floods,” Private Cuttler said.

“I knew they had road-rescue capability but actually seeing the process was quite eye opening.

“It shows how important volunteers are in country towns, because they keep the town running.

“If you crash your car or get stuck up in the mountains, it’s the volunteers who will come and get you out and save your life, which is quite extraordinary for a 100 per cent volunteer unit.”

4th Brigade is working as part of Operation Bushfire Assist and the Joint Task Force 646 in support of Victorian emergency-services agencies. 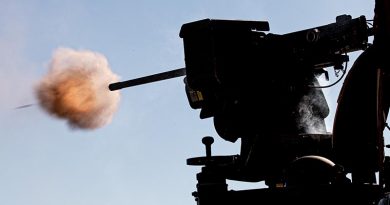 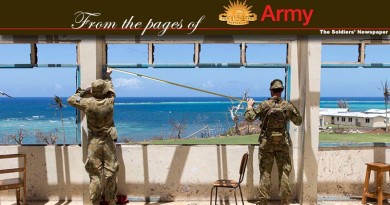