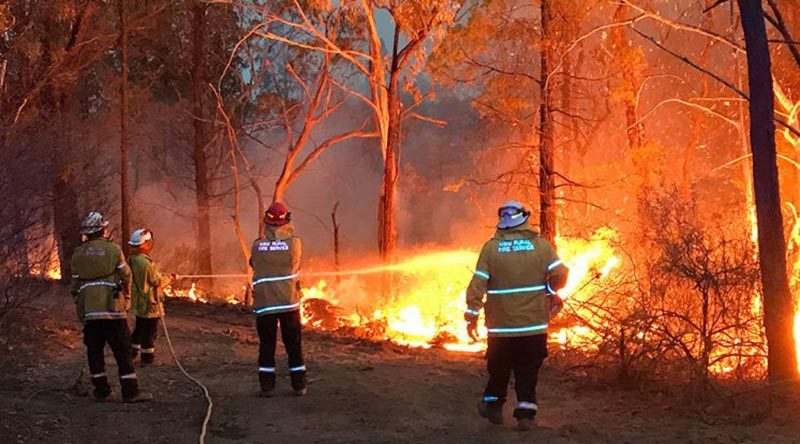 A desire to set a good example for his children has driven more than one Royal Australian Navy member to tackle the bushfires head on as volunteer firefighters.

CAPTION: Lieutenant Matt Urquhart from HMAS Albatross fights a fire on the New South Wales south coast as a member of the NSW Rural Fire Service, during the 2019-20 Australian bushfire crisis.

Lieutenant Matt Urquhart, an Aviation Warfare Instructor with 723 Squadron based at HMAS Albatross, has joined many of his Navy colleagues in giving up family time over the Christmas and New Year period as a volunteer firefighter with the Rural Fire Service.

A firefighter and qualified rural fire driver at the Gerringong Rural Fire Brigade, which services the Gerringong, Gerroa and Werri Beach communities, Lieutenant Urquhart said it was an easy choice to join the fight.

“I think it’s important when the community is in need that there is someone there to help out,” Lieutenant Urquhart said.

“I’ve also got two kids who are one and four years old, and I think it’s really important to set a good example for them.

“They’ve been really good, really well behaved for my wife while I’ve been deployed with the RFS.”

Lieutenant Urquhart has been part of the firefighting efforts since November, when he was part of a Navy reconnaissance mission in support of the RFS at Armidale and Port Macquarie, before being deployed with the RFS to fires at Picton, Nowra and Lithgow in New South Wales.

Originally from Canberra, Lieutenant Urquhart said he joined the RFS in 2012 after the experience of the capital’s devastating fires in 2003.

“I remember them quite vividly,” Lieutenant Urquhart said.

“That would have been one of my main motivations to join the RFS, as a 14 year old thinking about those fires and wanting to do something proactive to help out the community.

“But these fires are definitely the worst I’ve seen.

“There are guys here who have been serving for 30 or 40 years who said the same – they’re erratic fires that have just been so widespread.”

Not long after, he and his RFS colleagues were pushed to the point of exhaustion as they fought to save a property at Charleys Forrest, near Nerriga.

“We had a cold front come through which changed the wind direction and a pyroclastic cloud collapsed on top of us throwing flames and embers everywhere,” Leading Seaman Secomb said.

“You didn’t have too much time to think about it at the time, but it was pretty hairy.

“I felt absolutely exhausted, tired and sore, but I love being in the RFS, it’s a good feeling helping to protect communities and being part of a good group of people.”

Meanwhile, Midshipman Ben Lyons, a volunteer with Davidson Rural Fire Brigade on Sydney’s northern beaches, said there was no question about joining the fight during the holiday season.

“Of all the RFS are volunteers, no one is there because they have to be, but because they want to be. We do what we can,” Midshipman Lyons said.

“It feels both horrible and amazing (being at the fires).

“There is no forgetting some of the things we are subjected to, yet a simple thank you from someone can bring tears to your eyes. It’s very emotional.

“I am proud of all the way that all the people involved have come together. It really goes to demonstrate just how far we all go for our fellow Australians in their time of need,” he said.

There are Navy members around Australia who serve in a broad range of volunteer roles as well as being full-time serving members and reservists.

Many of these people work for emergency response agencies including fire services and the SES, and often use their personal leave to switch uniforms and continue serving their local communities. 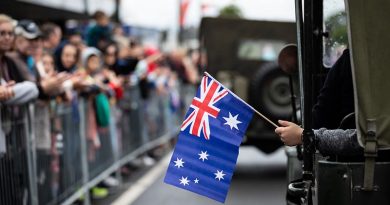