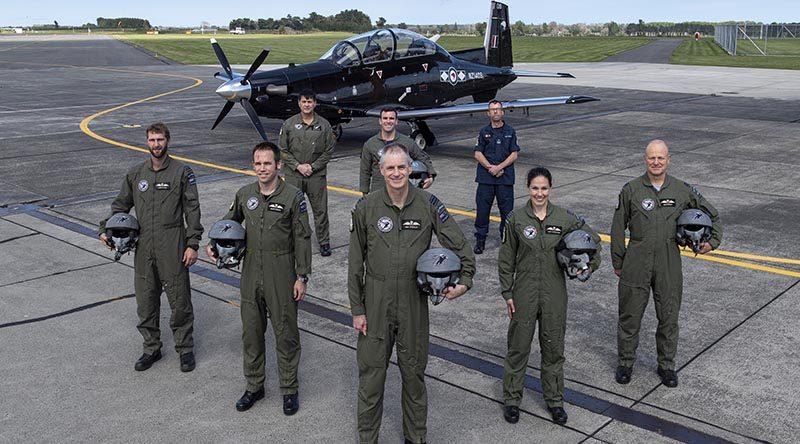 The team of qualified flying instructors from Central Flying School and No.14 Squadron is developing its display routine in the Manawatu skies above RNZAF Base Ohakea.

Wing Commander Paul Stockley said the T6-C Texan II was an ideal aircraft for formation aerobatics and a lot of work had gone into designing a display sequence that showed off the capabilities of the aircraft.

“The RNZAF Black Falcons encapsulates, in a publicly entertaining format, the professionalism of the RNZAF,” he said.

“We are not only demonstrating the capabilities of the aircraft, we are also representing the military training, character and skill of everyone in the Air Force to the New Zealand public.”

The Black Falcons will be seen across New Zealand starting with the Tauranga Classics in the Sky air show on 17 January.

The team has also confirmed displays at Napier’s Art Deco Weekend from 21-23 February and Warbirds over Wanaka from 10-12 April, with more dates to follow.

Full details of the team’s schedule and updates will be posted on the RNZAF Black Falcons Facebook page.

Wing Commander Stockley joined the RNZAF in 1987 and on completion of pilot training was posted to No. 3 Squadron to fly the UH-1H Iroquois helicopter. During several tours on No. 3 Squadron he flew the Iroquois on tasks such as battlefield support, search and rescue, cyclone relief, firefighting, and assistance to other government agencies in New Zealand and overseas. After qualifying as a flying instructor in 1996, he has since instructed on helicopters and fixed-wing aircraft. This is his first season with the RNZAF Black Falcons.

Flight Lieutenant Huisman is from Huntly and joined the RNZAF in 2003 as an Engineering Officer before switching to the pilot trade. In 2010 he completed pilot training and was posted to No. 3 Squadron to fly the Iroquois. During his time on No. 3 Squadron he flew throughout New Zealand and in 2012 was deployed to Samoa and Papua New Guinea. In 2015 he was the Iroquois display pilot and was one of the final pilots to retire this iconic aircraft from the RNZAF. He qualified as a Flying Instructor in 2016 and was the T-6C solo display pilot for the 2017/18 season. This is his first season with the RNZAF Black Falcons.

Squadron Leader Robertson was raised in Wellington and joined the RNZAF in 2005, completing pilot training on the CT-4E Airtrainer and then the B200 Kingair in 2007.  Posted to No. 3 Squadron, she flew the UH-1H Iroquois, before transitioning to the A109. While flying the UH-1H Iroquois she was involved in the initial response to big New Zealand events such as the Christchurch earthquake, Pike River and the Rena freight ship grounding. She qualified as a Flying Instructor on the T-6C Texan II in 2017, and is currently the No. 14 Squadron Flight Commander. This is her first season with the RNZAF Black Falcons.

Squadron Leader Peters is from Taihape and joined the RNZAF in 2006, completing pilot training in 2008. He was posted to No. 5 Squadron, where he flew the P-3K and P-3K2 Orion aircraft on surveillance and response tasks such as fisheries enforcement, exclusive economic zone patrols, search and rescues, and maritime patrols. He operated in diverse environments, including around New Zealand, Antarctica, the Middle East and the South Pacific. He qualified as a Flying Instructor in 2016 and is currently the Central Flying School Flight Commander. This is his first season with the RNZAF Black Falcons.

Squadron Leader Perrett was born in England and joined the Royal Air Force (RAF) in 1985. He flew the Harrier on No. 1 (F) Squadron RAF, instructed on the Hawk and was part of the Red Arrows aerobatic team from 1994 to 1997. He flew operational missions in Bosnia and Kosovo and in 2001 was posted to No. 20 (R) Squadron RAF to instruct on the Harrier. He joined the RNZAF in 2003 and has flown the CT-4E Airtrainer (including two seasons with the Red Checkers), Aermacchi, Harvard, Tiger Moth and B200 King Air. He is currently an instructor on Central Flying School, flying the T-6C Texan II. This is his third season with the RNZAF Black Falcons.

Squadron Leader Davidson is from Matamata and joined the RNZAF in 2006. He attended the Australian Defence Force Academy before undertaking pilot training in 2009. Following graduation he qualified as a Flying Instructor and spent two years instructing at Pilot Training Squadron, which included two seasons in the Red Checkers, before being posted to No. 40 Squadron to fly the C-130 Hercules on air mobility tasks. During his time on No. 40 Squadron he flew humanitarian relief missions in Vanuatu, Papua New Guinea and Fiji, numerous flights to Antarctica, and two operational deployments to the Middle East, conducting missions in Iraq, Afghanistan and Sinai. He has recently taken over the role of Officer Commanding Central Flying School. This is his first season with the RNZAF Black Falcons.

Warrant Officer Sleator joined the RNZAF in 1986 as an aircraft mechanic and worked at No. 3 Squadron Hobsonville maintaining Sioux and Iroquois helicopters.  In 1991 he was posted to No. 40 Squadron, where he worked on Boeing and Hercules aircraft. In 1998, he switched from the technical ground trade and started aircrew training as a Flight Engineer on C-130 Hercules. He has flown operational missions in Afghanistan, Iraq, East Timor, and the Solomon Islands. He is an A-Category qualified aircrew instructor at Central Flying School and the team manager of the RNZAF Black Falcons. This is his second season with the RNZAF Black Falcons.

The RNZAF Black Falcons fly the Beechcraft T-6C Texan II, a two-pilot aircraft powered by a Pratt & Whitney PT6A-68 turboprop engine capable of producing speeds up to 316 knots (585kmh) at altitudes up to 31,000 feet. It is equipped with Martin-Baker ejection seats and a modern integrated avionics suite with a Head Up Display and Flight Management System.

It is a purpose-built military training aircraft, equipped with a glass cockpit, a full suite of communications-navigation equipment and a pressurised cockpit and can withstand ‘G’ forces from +7.0 to -3.5, making it ideal for close-formation aerobatics.

The T-6C is used to train RNZAF pilots on their Wings course, and is operated by No. 14 Squadron based at Ohakea. It is also operated by Central Flying School at Ohakea to train new RNZAF flying instructors. It is supported by two flight simulators and avionics desktop trainers. 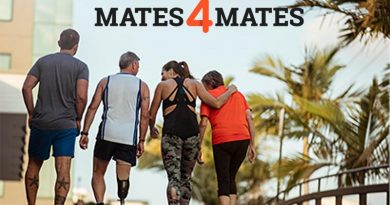 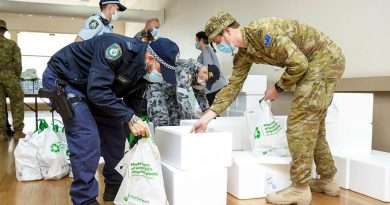