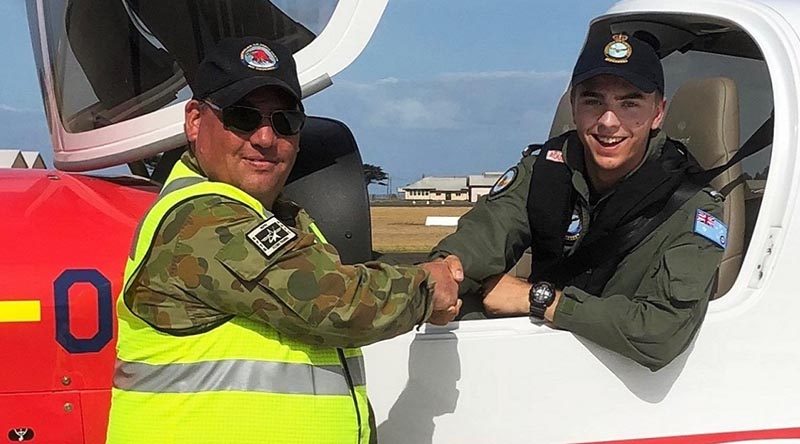 The first to go solo, on 16 April, was Cadet Sergeant Mark Hargreaves from No 402 Squadron at Watsonia, Victoria.

CCPL Ramm reflected on his first experience of flying: “My very first time in the cockpit of an aircraft was on a weekend Scout camp where we all had half an hour of flying time in a Tobago TB-10. I was a nervous little thirteen-year-old at the time, and I remember feeling almost scared of the aircraft. Not exactly what you expect to hear from someone who is now hoping to find a career as a pilot, but my first time flying was not the best”.

Of his experience of flying the Diamond, CCPL Ramm said: “My first flight in the DA40 NG was different to any other experience I have had in the air. The noise of the engine was distinctly different and far smoother than anything else I had heard. The different systems I had learned about were all far more advanced than most aircraft out there”.

“When the instructor first handed over the controls to me, it was exciting and unique. I think I’ll remember that feeling for the rest of my life”.

“During my check flight, to see if I was ready to fly by myself, I was certain I had failed. It felt like I was making mistake after mistake and I almost asked my instructor to just land the plane there and then. But, after some encouraging words from my instructor, I went on to pass. The feeling of being so close to failure made the flight even more exciting. All of the errors I was making not five minutes before had all disappeared and it felt amazing”.

CCPL Ramm summed up his feelings after that first solo flight: “After the weeks of hard work that went into getting to that moment, it was all worth it”. 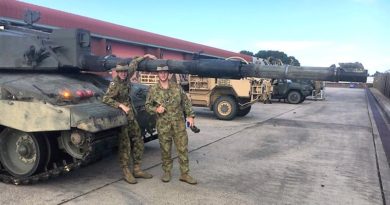